Inside Trump's View of African-Americans and Inner Cities 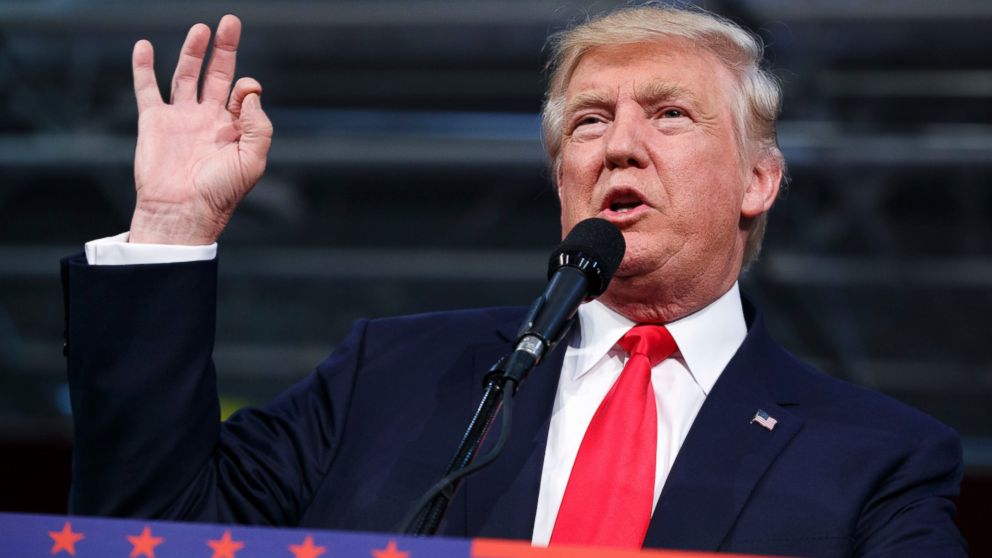 During Sunday night's second presidential debate between Donald Trump and Hillary Clinton, he made a promise that is familiar to those who have followed him on the campaign trail in recent months: to help African-Americans.

He invoked a familiar phrase that he frequently associates with African-Americans: "inner cities."

"I want to do things that haven't been done, including fixing and making our inner cities better for the African-American citizens that are so great," the Republican nominee said early in the evening.

Later in the debate, responding to a question from James Carter, an African-American man, about whether he could "be a devoted president to all the people in the United States," Trump said, "I would be a president for all of the people, African-Americans, the inner cities."

But if Trump really wants to help, he may be looking in the wrong place. Most African-Americans live in the suburbs or elsewhere, data show.

On the campaign trail, Trump has painted a stark picture of black life in American cities, saying in August, "You're living in poverty. Your schools are no good. You have no jobs. Fifty-eight percent of your youth is unemployed. What the hell do you have to lose?"

And last night during a rally in Panama City, Florida, Trump called cities "horrible, horrible death traps." He generally cites the number of shootings in Chicago - 3,391 victims this year through Oct. 12, according to The Chicago Tribune - as a prime example of the problem.

The remarks have provoked an outcry from those who suggest that the picture he paints is inaccurate.

The Trump campaign did not immediately respond to ABC News' request for comment on this story.

Where the population lives

While the white flight of the mid-20th century may have associated inner cities with impoverished African-Americans and the suburbs with wealthier Caucasians, those stereotypes are no longer true.

More than 85 percent of African-Americans had a high school degree or higher in 2014, and 1.8 million had an advanced degree that year. The number of blacks going to college was up 5 percent in 2014 from 2009.

And a higher percentage of blacks voted compared with whites in 2012, the data show.

Across the country, the data show that more African-Americans live in suburbs than anywhere else.

According to Kneebone, who compiled data from the Census Bureau's American Community Surveys from 2010 to 2014, some 39 percent of African-Americans - whether rich, middle income or poor - live in the suburbs, and 36 percent live in cities. The remaining 25 percent are spread across small metropolitan areas and rural communities.

Her analysis shows that 52 percent of African-Americans in the 100 most populous metropolitan areas in the U.S. live in suburbs.

Census data from 2015 show that 52.9 percent of African-Americans 25 or older have a college degree of some sort. And a report from Pew in December showed that, compared with other racial or ethnic groups, African-American adults saw the largest improvement in income status from 1971 to 2015 and were the only racial or ethnic group that saw a decline in the percentage of low-income earners.

Still, the poverty rate for blacks nationally was 26.2 percent, compared with a national rate of 14.8 percent, according to the Census Bureau in 2016. And their median annual income was $35,398, compared with $53,657 nationally.

Kneebone said this assertion was problematic.

"The implication that most African-Americans live in inner-city neighborhoods with poverty rates above 40 percent is simply untrue," she said.

She noted that of the approximately 38 million African-Americans living in the U.S., 13 percent live in a neighborhood with a poverty rate of 40 percent or more and just 3 million (8 percent) live in neighborhoods with the same poverty levels in big cities.

A majority of poor African-Americans live outside major city centers.

About 41 percent of African-Americans living below the federal poverty line are in cities, compared with 30 percent in suburbs, 17 percent in small metro areas and 12 percent in rural areas - meaning that 59 percent are outside major cities, according to Kneebone.

That's not to say that poverty in African-American communities is not worthy of discussion, however, experts say.

"It's true that African-Americans are disproportionately likely to live in poor neighborhoods," Kneebone said. "But the way that he presents it is misleading."

During his rallies, Trump frequently says that there have been more than 3,000 shootings so far in Chicago this year.

After declining from 2012 to 2014, violent crime ticked back up again nationwide in 2015, according to FBI data.

Murder was up 10.6 percent from the year before in cities with populations of more than 1 million, compared with 12.8 percent for all cities and 6.3 percent for suburban areas.

But in New York City, for instance, from Jan. 1 to Oct. 2 of this year, murders were down 2.6 percent compared with the same period last year, and overall major crimes were down 3.1 percent.

"There was an overall increase in violent crime last year, making clear what each of us already knows - that we still have so much work to do," Attorney General Loretta Lynch said in September after the release of the FBI's Uniform Crime Report. "But the report also reminds us of the progress that we are making. It shows that in many communities, crime has remained stable or even decreased from the historic lows reported in 2014. And it is important to remember that while crime did increase overall last year, 2015 still represented the third-lowest year for violent crime in the past two decades."
Related topics:
abc newsnational
Copyright © 2021 ABC News Internet Ventures.
TOP STORIES
Food delivery driver killed in Near West Side shooting: CPD
Amtrak train from Chicago that derailed was going under speed limit
Chicago singer R. Kelly found guilty in sex trafficking trial
Introducing the Equity Report from ABC Owned Television Stations
Obama library groundbreaking brings former pres., first lady to town
Chicago cites 5 businesses for violating mask mandate
'Dancing with the Stars' first elimination
Show More
NU fraternity drugging allegations prompt calls to end Greek life
Employees sue United Airlines over COVID vaccine mandate
Thieves flee with $10K in merchandise from Ulta Beauty in Norridge
Laundrie's parents say they don't know where he is as FBI searches
Man accused of killing officer, injuring partner, pleads not guilty
More TOP STORIES News