Israel 'Using a Shotgun to Kill a Fly' in Drone Attack 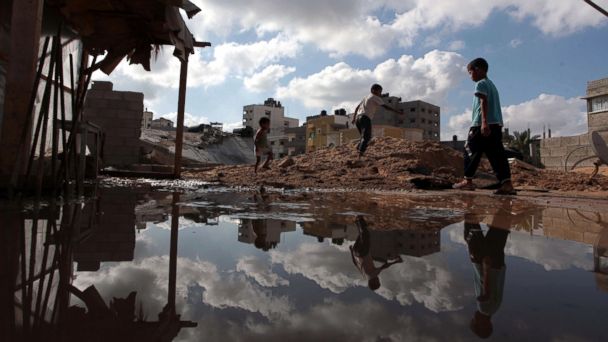 The military wing of the Palestinian militant group Hamas claimed today that it sent homemade drones over Israel, after Israel said that it had shot down a Palestinian drone flying along the coast in southern Israel.

Hamas' Al Qassam Brigades boasted on Twitter that the drones carried out "three missions over Israeli military bases" and a "specific mission over Israeli war ministry." The group claimed to have domestically built three different kinds of drones for surveillance and bombing missions.

The unmanned aerial vehicle (UAV) that Israel brought down was targeted with a Patriot missile, the Israeli military said, near the southern city of Ashdod. There's no evidence the small downed drone was armed, a senior Israeli military intelligence official told ABC News, adding they believe it was launched for the benefit of media attention.

Israel has not commented on Hamas claims that more than one drone flew over Israel.

With a price tag of well over $1 million each, "using a Patriot to shoot down a UAV is like using a shotgun to kill a fly," ABC News military consultant Steve Ganyard said.

Israeli drones are a constant presence in the skies over Gaza, buzzing loudly as they watch and attack targets in the Strip. But the Palestinian drone is a new turn in this conflict, now entering its second week.

More than 170 people have been killed in Gaza since Israel launched operation "Protective Edge," the Ministry of Health in Gaza says, with around 1,300 wounded. On Sunday afternoon, a United Nations report said that 80 percent of those killed so far have been civilians and Secretary-General Ban Ki-moon calling for an immediate ceasefire.

Around 1,000 Palestinian rockets have been launched into Israel in the same period, the military said. But no Israelis have been killed, largely thanks to the "Iron Dome" anti-missile shield.

Overnight, the Israeli military said they targeted more than 40 sites in Gaza and of the 20 rockets fired at Israel, seven of were intercepted.

As Israel's offensive continues, the UN says 17,000 people from the northern part of the Strip had fled to 20 of its centers. Israeli Prime Minister Benjamin Netanyahu warned Sunday that the Israeli operation could last for "a long time" and that the military was prepared "for all possibilities."

That includes a wide-ranging Gaza ground operation, which would likely cause heavy casualties in the coastal strip.

But Netanyahu is coming under increasing international pressure to end the operation soon. After the U.N. secretary-general's call for a case-fire Sunday, U.S. Secretary of State John Kerry voiced U.S. "readiness" to help restore calm. Egypt, a key mediator between Israel and Hamas, continued to work behind the scenes to stop the conflict.

Hamas has sent signals it may be ready to consider a cease-fire but appears to be waiting for some tangible military or diplomatic achievement before moving ahead on that front. For his part, Netanyahu wants to show the Israeli public that he has succeeded in significantly degrading Hamas's ability to strike at its Israeli targets before moving ahead diplomatically.

ABC News' Dan Good and the Associated Press contributed to this report.