Lawyers for the former congressman argue that a premarital agreement and other factors mean the divorce case has to be heard in Illinois.

Jackson Jr. filed for divorce while Sandi was still in federal prison last fall. Both sides appeared in court Wednesday morning as a part of the ongoing dispute about where the couple will be divorced.

"It's my understanding on information and belief that the acts that we have alleged give rise to personal jurisdiction over Ms. Jackson occurred during his convalescence, investigation and/or incarceration," said Brendan Hammer, Jackson Jr.'s attorney.

Jackson Jr. filed for dissolution of marriage in Cook County in December, citing irreconcilable differences. Lawyers for Sandi Jackson are seeking to have Jackson Jr.'s divorce filing dismissed so that a judge in Washington D.C. -- where the 53-year-old mother filed for divorce in November -- can handle the matter.

Neither Jackson attended the hearing at the Daley Center a day after both appeared in a D.C. courtroom.

"I don't know what Mr. Jackson believes and I'm not prepared to speak to that particular issue," Hammer said.

Hammer would not give any specifics or examples of what alleged acts he or his client were talking about. Neither would Sandi Jackson's attorney, who would only confirm a March 8 status hearing in Chicago and the start of discovery and depositions as both sides spar over if the case should stay in Illinois.

"There was a court order entered today and it will be in the public record," said Jessica Bank Interlandi, Sandi Jackson's attorney.

Attorneys for Jackson Jr. said he has subpoenaed emails, text messages and call records from his wife of 25 years. Wednesday's hearing will not affect the spousal and child support motion already before a Washington D.C. judge. Both sides are due back in court in February.

Jesse Jr. and Sandi Jackson both plead guilty in August 2013 to crimes stemming for a political corruption investigation. The former Chicago alderman wants full custody of their two children, ages 16 and 13, as well as spousal and child support. Jackson Jr. wants to have his kids live with him.
Related topics:
chicagoloopdivorcepolitics
Copyright © 2020 WLS-TV. All Rights Reserved.
RELATED 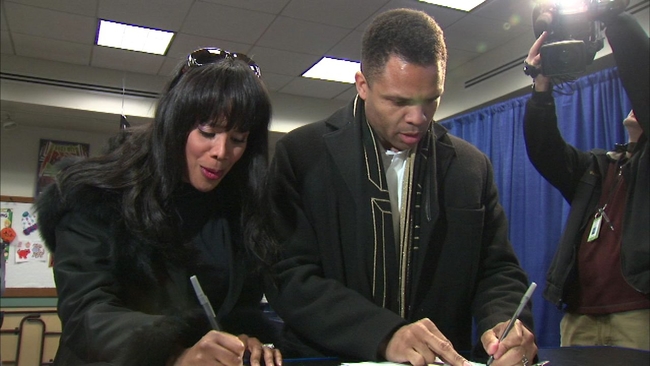 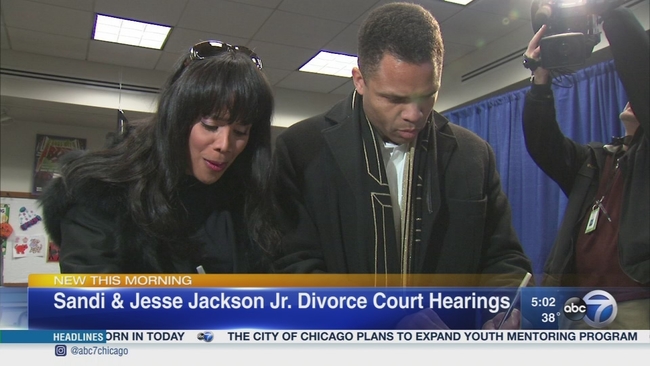