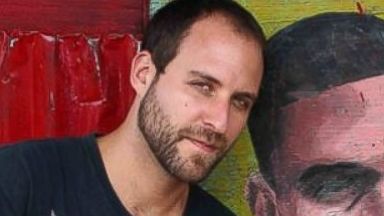 The freelance cameraman who contracted Ebola while working with NBC in Liberia is now disease free, he tweeted today.

Ashoka Mukpo was transported from Liberia to the Nebraska Medical Center's biocontainment center on Oct. 6.

The medical center announced today that he was free of the disease and would be released from the hospital on Wednesday.

The 33-year-old made the announcement himself, tweeting that he is "Ebola free and feeling so blessed."

Throughout his treatment he opened up via Twitter about how he still is not sure how he contracted the disease but does not regret going to Liberia to help spread the word about Ebola's impact on west Africa.

He wrote about the "endless debt, endless gratitude" he owes to his supporters, mentioning how the head of Doctors Without Borders' burial team took time to visit Mukpo while he was still being treated in Liberia.