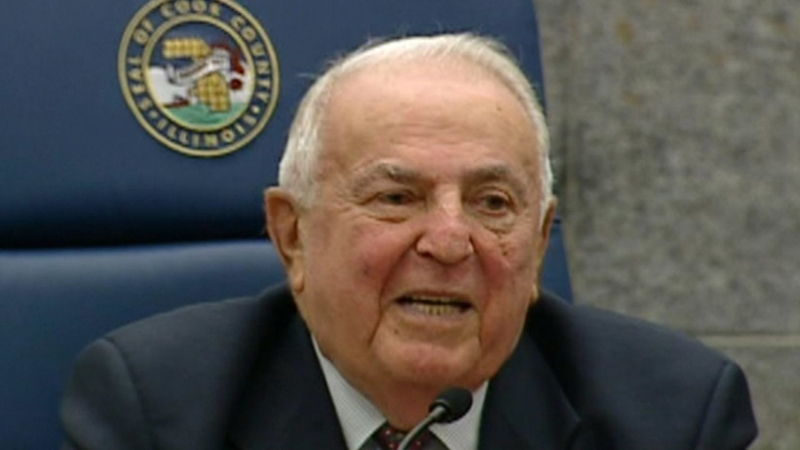 A rare feat, Mikva served in every branch of government. He was a mentor to President Barack Obama and a role model for thousands of inner city youth who Mikva guided through his group, the Mikva Challenge. He served five terms as an Illinois state representative before serving another five as a U.S. Congressman.

In 1979, he was nominated by President Jimmy Carter to the U.S. Court of Appeals for the District of Columbia Circuit and was the Court's Chief Judge when he left to become White House Counsel for President Bill Clinton in 1994.

He was awarded the Presidential Medal of Freedom by President Barack Obama in 2014.

In a statement released by President Obama, he said, "No matter how far we go in life, we owe a profound debt of gratitude to those who gave us those first, firm pushes at the start. For me, one of those people was Ab Mikva. When I was graduating law school, Ab encouraged me to pursue public service. He saw something in me that I didn't yet see in myself, but I know why he did it - Ab represented the best of public service himself and he believed in empowering the next generation of young people to shape our country. Ab's life was a testament to that truth."

"He was a man of principal and for those who were cynical and despairing of politics, Ab Mikva was proof positive sometimes the good guys do finish first," said Sen. Durbin.

Mayor Rahm Emanuel's first political campaign was volunteering for Mikva and he later worked with him in the Clinton White House.

"It was honor to not only work for him but to call him a friend, he will be missed by all of us in Chicago," said Emanuel.

Mikva's legacy will live on through the nonpartisan organization he and his wife began called the Mikva Challenge. With the slogan, "Using democracy as a verb," the group is aimed at getting low income city youth involved in the political process.

Mikva grew up in Milwaukee and came to Chicago to attend University of Chicago Law School. He entered politics in Chicago in the 1950's, where he volunteered for his first political job:

"On the way home from law school one night in 1948, I stopped by the ward headquarters in the ward where I lived," Mikva said. "There was a street-front, and the name Timothy O'Sullivan, Ward Committeeman, was painted on the front window. I walked in and I said 'I'd like to volunteer to work for Stevenson and Douglas.' This quintessential Chicago ward committeeman took the cigar out of his mouth and glared at me and said, 'Who sent you?' I said, 'Nobody sent me.' He put the cigar back in his mouth and he said, 'We don't want nobody that nobody sent.' This was the beginning of my political career in Chicago."

In 1956, when Mikva was living in Hyde Park and practicing law in the Chicago office of Goldberg and Devoe (later Goldberg, Devoe, Shadur and Mikva), he was persuaded by friends to run for a seat in the Illinois House of Representatives in the newly drawn 23rd District. There were three candidates in the Democratic primary. Under the old cumulative voting system, each voter could cast three votes. Supporters were instructed to cast all three of their votes - a "bullet" vote - for Mikva, while his two opponents split the other votes. Mikva won the primary.

He was barely 30 years old on a train heading to his first legislative session in Springfield when, he recalled decades later, another rookie legislator, his friend Tony Scariano, asked several Springfield veterans traveling with them what it took to be a really good legislator.
"And the answer they gave in unison was, 'Guts.' I've never forgotten it," Mikva said. "And I still think the first criterion for public officials is guts."

In the U.S. House of Representatives, where he served on the Judiciary Committee among other assignments, he was known for his pro-civil rights and civil liberties views, and as an opponent of the Vietnam War. In 1971, he served as a floor manager when the House passed the 26th Amendment which lowered the voting age to 18.

One of his law clerks was Elena Kagan, now a justice on the U.S. Supreme Court. She also served on Mikva's staff when he was Bill Clinton's White House Counsel.

Of his many judicial opinions, the one he was most proud of, he said years later, was the one he wrote in a 1993 case for a unanimous three-judge panel rejecting the Navy's dismissal of a homosexual Naval Academy midshipman Joseph Steffan.
Mikva, a liberal voice and stalwart of Illinois' political landscape for decades, was most recently active in pushing for the U.S. Senate to consider the nomination of Supreme Court nominee Merrick Garland.

Brian Brady, national director of Mikva Challenge, called Mikva "the ideal public servant" who was saddened by growing bitter animosity between the parties in Washington.

"He thought it had a lot to do with people not socializing together anymore," Brady said of partisan rancor in the Capitol. "He had dinner and played poker two or three times a week with Republican leaders. He thought the days of real relationships don't exist right now."

Mikva Challenge is a nonprofit leadership organization that the statesman founded. Brady said he learned of the death from Mikva's daughters.