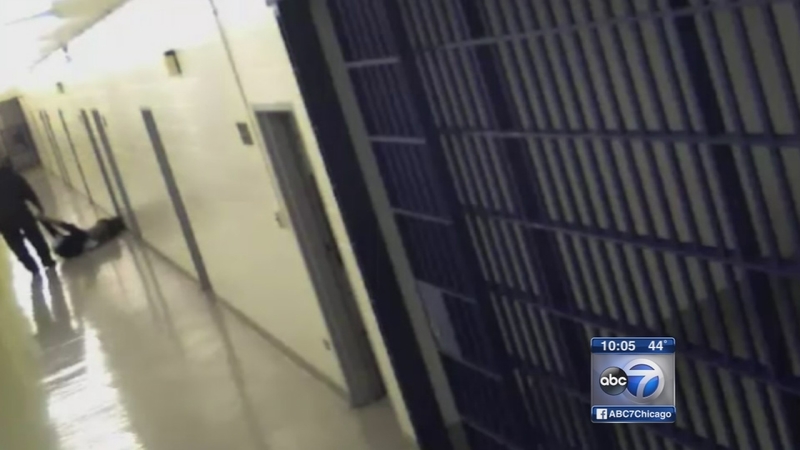 CHICAGO (WLS) -- A federal judge ruled Monday that a Chicago police officer used excessive force by dragging a man from his jail cell after he was subdued with a stun gun.

The city recently released video of the 2012 incident. The video shows police rousing Philip Coleman from his jail cell. Within seconds, an officer fires a Taser multiple times. Then Coleman is handcuffed and his limp body dragged out of the jail cell and down a corridor.

The judge ruled an officer "chose to use brute force when it was no longer necessary," and the officer's supervisor should have intervened.

"To make this kind of decision, in this climate, with a police background, that's courageous on his part," said Percy Coleman, father.

Coleman - a University of Chicago graduate - was in police custody after attacking his mother. His family argued Coleman needed a hospital, not a jail cell.

Paramedics later took Coleman to Roseland Hospital where he allegedly fought with police and medical staff. He was given an anti-psychotic drug. He had an allergic reaction and died.

"This moment of weakness that he's never shown before in his entire life, and he was murdered for it," said Jeff Coleman, brother.

Detectives' reports obtained under the Freedom of Information Act detail officers' accounts of Coleman's outbursts, including shouts of "Don't touch me, Devil." They don't mention police dragging Coleman down the hall.

"The grave can't hold them. They're speaking out. That's why God is shining this bright light in the dark areas and now we're beginning to see. Chicago is at a crossroads like they've never had to deal with before," Percy Coleman said.

The Independent Police Review Authority cleared the officers of wrongdoing. But last week - just as they released the video - Mayor Rahm Emanuel ordered another review.

A federal judge was involved because the family is suing police. A jury will decide on damages.