WLS
By Laura Podesta
WAUKEGAN, Ill. (WLS) -- Lawyers for Melodie Gliniewicz, the widow of a disgraced police lieutenant from north suburban Fox Lake, are looking to get all charges against their client dismissed.

Gliniewicz appeared in court Thursday in Lake County, where a judge said prosecutors cannot submit into evidence text messages and emails between Melodie and her late husband, Joe Gliniewicz, exchanged during their marriage, citing marital privilege.

This will make it harder for prosecutors to prove Melodie Gliniewicz's involvement in stealing thousands of dollars from a community youth program.

Gliniewicz is accused of helping her husband funnel money from the Fox Lake Youth Explorers Program to fund a lavish lifestyle. Investigators said the funds were used by the couple to pay for movie tickets, more than 400 restaurant charges and a 2014 Hawaiian vacation.

Joe Gliniewicz committed suicide in 2015, when he bought his scam would be found out. He staged the shooting to make himself look like a hero. But the public found out it was all a cover up.

Melodie Gliniewicz is now facing the consequences. She was charged with nine criminal counts for allegedly helping her husband. But her lawyers claim Joe Gliniewicz was the mastermind behind the scam and the charges against his widow are unconstitutionally vague.

They also said that when she did take money from the fund, she always paid it back.

Thursday's hearing, where the judge was to decide whether the case against Melodie Gliniewicz would go to trial, will continue June 13.
Related topics:
fox lakelake countywaukegantrialembezzlementpolice officer
Copyright © 2020 WLS-TV. All Rights Reserved.
RELATED 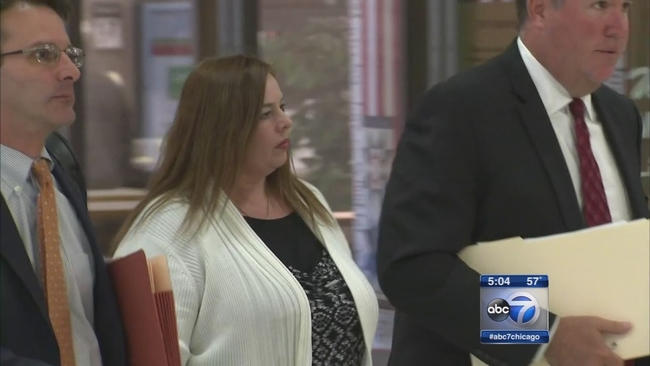