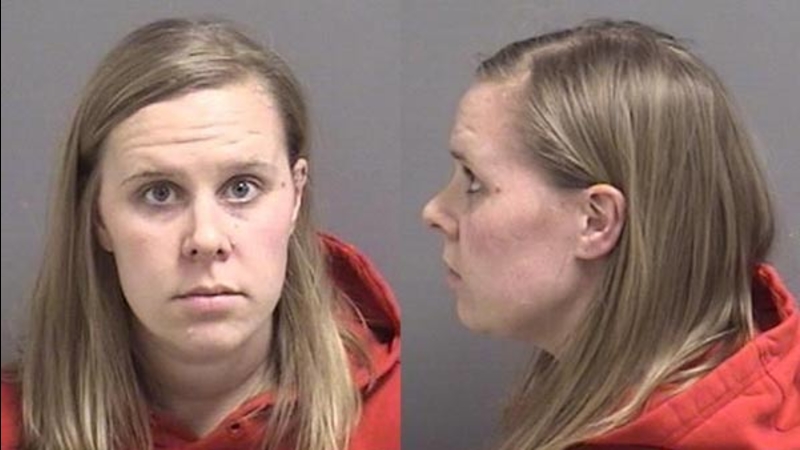 BRIDGEVIEW, Ill. (WLS) -- A southwest suburban junior high school teacher and coach has been charged with having sex with former students.

Cara Labus, 30, of Joliet, is charged with four counts of aggravated criminal sexual abuse for incidents involving two victims between ages 14 and 16, according to the Cook County state's attorney's office. Authorities did not say if they were male or female.

Now confined to her Joliet home, Cara Labus, had little to say to Eyewitness News on Friday night.

ABC7's Eric Horng asks: "You have a second to talk to us?"

Prosecutors said Labus met the victims while she was a teacher and basketball coach at Jerling Junior High School in Orland Park. After the students graduated, Labus allegedly stayed in contact with them, and between December 2008 through February 2011 had several sexual encounters with them. They were between the ages of 14 and 16 at the time.

The alleged abuse came to light last year after one of the students told a friend and the two alleged victims spoke face-to-face. Police were notified last month.

A spokesperson for Joliet Public Schools District 86 said in a statement Friday afternoon: The District was served with a Condition of Bail notice for one of our teachers at Hufford Junior High School late this afternoon. One bail condition provides that the teacher is not to have "contact with anyone under the age of 18 without supervision." Based on this information, the teacher will not be permitted to be at school indefinitely.

She was arrested Wednesday, and ordered held on a $150,000 bond at a hearing Friday.