Wilson, a career criminal, is accused of killing the 14-year-old girl during a botched burglary in October 2011. He started off representing himself in court, which led to a delay in the murder trial.

"Our family is glad the trial is going on and we're going to be able to bring some justice to all of this and to be here for Kelli and be strong for Kelli after everything she's gone through," Brigette Douglas, Kelli's older sister, said. She's a spitting image for Kelli, who was just a freshman at Lyons Township High School when she died.

Jury selection began on Tuesday at the Bridgeview Courthouse. Kelli's parents, Brenda and John O'Laughlin, also attended. They started a foundation in their daughter's memory.

"Let's get this over with, this chapter. As Bridgette said, it's not going to bring Kelli back, but at least we can move on from here," Kathy Pankow, victim's aunt, said.

Jury selection could last two to three days. Once the jury is seated, the first witnesses will be called, which could be as early as Thursday.

"We're very close with Brenda and John and the kids, and we think it's important to support them and get justice for Kelli," family friend Sharon Corcoran said.

Kelli was stabbed repeatedly when she interrupted a robbery at her home, police said. But the torture didn't stop with her death. Wilson is accused of sending taunting texts to Kelli's mom from the girl's stolen cell phone.

"It's definitely hard to be in the room with him, but all we can do is know we're here for my sister, my parent's daughter and hopefully bring this to an end," Douglas said.

Opening statements are expected to begin on Wednesday morning. 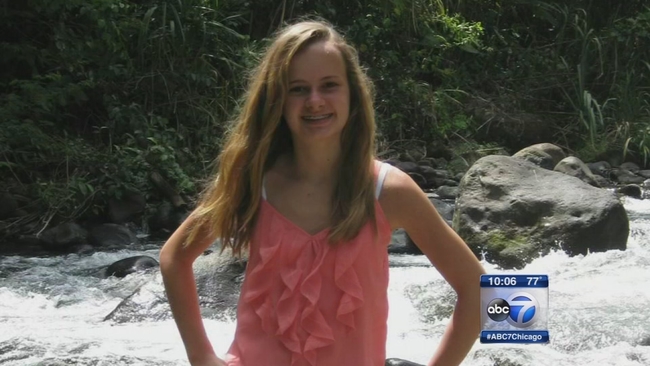