An ABC7 I-Team Report
WLS
By Chuck Goudie
WASHINGTON (WLS) -- The Justice Department will not file federal civil rights charges against Ferguson police officer Darren Wilson in the shooting death of Michael Brown, according to a report detailing the conclusion of a civil rights investigation into the shooting released Wednesday. In a second report, also released Wednesday, the Department of Justice announced it had found a pervasive pattern of racial bias in the Ferguson police department.

The Justice Department report on the Ferguson Police Department, more than 80 pages long, documented a pattern of police stops without reasonable suspicion, arrests without probable cause and the use of excessive force. There were 161 complaints of unreasonable force between 2010 and 2014. Not one officer was disciplined.

The federal investigation also uncovered seven dramatically racist emails including several targeting the president and first lady. A city official wrote in 2008 that President Obama would not be in office very long because, "What black man holds a steady job for four years?"

The Justice Department report has renewed calls for Police Chief Thomas Jackson to step down.

"I think the chief out there has to resign," says Antonio French, Alderman of St. Louis' 21st Ward. "It's the only way this community can move forward."

The Justice Department also announced they will not file federal civil rights charges against Darren Wilson. Michael Brown's parents reacted to the news in a statement, saying, "Today we received disappointing news from the Department of Justice that
the killer of our son wouldn't be held accountable for his actions."

The statement from Brown's family went on to say they are happy that the department of justice is holding the Ferguson Police Department accountable for racial bias, saying if it creates change their son's death will not have been in vain. 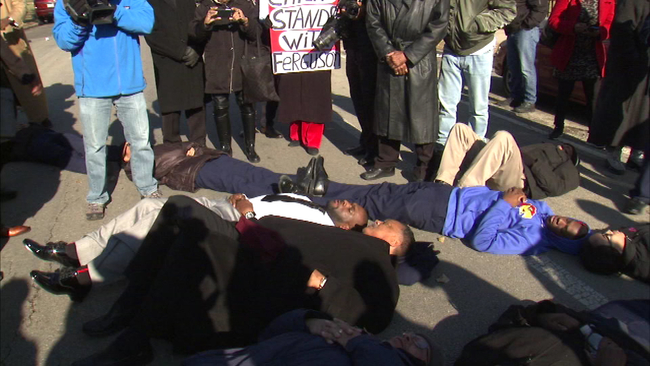