WLS
By Paul Meincke
CHICAGO (WLS) -- Police believe the same man may be responsible for four robberies in Chicago and one in Elmwood Park. In all five, he threatens store clerks with a knife.

The most recent store robbery took place at a Subway, where he was seen walking back and forth between the sandwich shop and neighboring Dunkin' Donuts as though trying to decide where to strike. He eventually chose the Subway, where he hopped the counter and took money, and apparently cut himself.

Six days ago, the suspect was caught on camera inside the Great American Bagel Restaurant in Elmwood Park. Trying to pass himself off as a customer, he went behind the cash register, battered the clerk and, with his knife out, took money.

He struck three more times in Chicago: the Green Goddess Boutique in Bucktown where a store clerk was cut during the robbery; a week later at Londo Mondo, a clothing boutique in Lincoln Park; and a third at a Dunkin Donuts in Belmont-Cragin.

"Just in that split second he is right next to me grabbing me, knife against my side, demanding money," said Katherine Walton-Myers, robbery victim.

Police said the suspect left blood at the scene in the most recent robbery. They will check that to see if any DNA in the system matches, officials said. 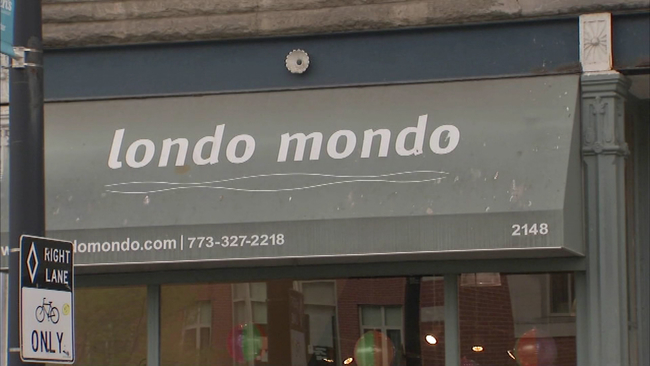