WLS
CHICAGO (WLS) -- No one was seriously injured in a massive fire at commercial building in Lawndale that sent heavy plumes of black smoke over the Eisenhower Expressway just before the afternoon rush, Chicago fire officials said.

LIVE VIDEO: Chopper 7 over the fire

Huge flames shot out of the roof, where the fire is believed to have begun around 3:30 p.m., CFD spokesman Larry Langford said. Chicago Fire Department spokesperson Will Knight says the cause of the first is under investigation, but no foul play is suspected.

The large commercial space, located in the 3900-block of West Harrison Street, is occupied by Harris Ice Delivery and LPI Products. Within minutes, the fire was upgraded to an extra alarm. The company, which makes ice cubes, ice blocks and refrigeration, uses chemicals, including propane, which led to a few explosions and a Level 1 Hazmat call.

"There was one soft bang, then a loud bang. Next thing you know, a big ball of red fire in the air," Anthony Jackson said.

"You heard two boom sounds and it blew up and everything. At first it wasn't like really blasting, until they put the water down. More chemicals inside the building, then the fire was just going everywhere," Marissa Thomas said.

The building, one of a series that span almost an entire city block, was "totally involved," Langford said. Several other businesses and residences are nearby, many of which lost power after the fire.

"The first concern is to stop the spread," Langford said. Fire crews were able to contain the fire to just that one building.

Harris Ice Delivery employees were able to get out without incident. One firefighter received minor injuries, according to Langford, and was treated at the scene.

The burning building is just south of the Eisenhower Expressway, and IDOT has closed the Independence Boulevard ramp. 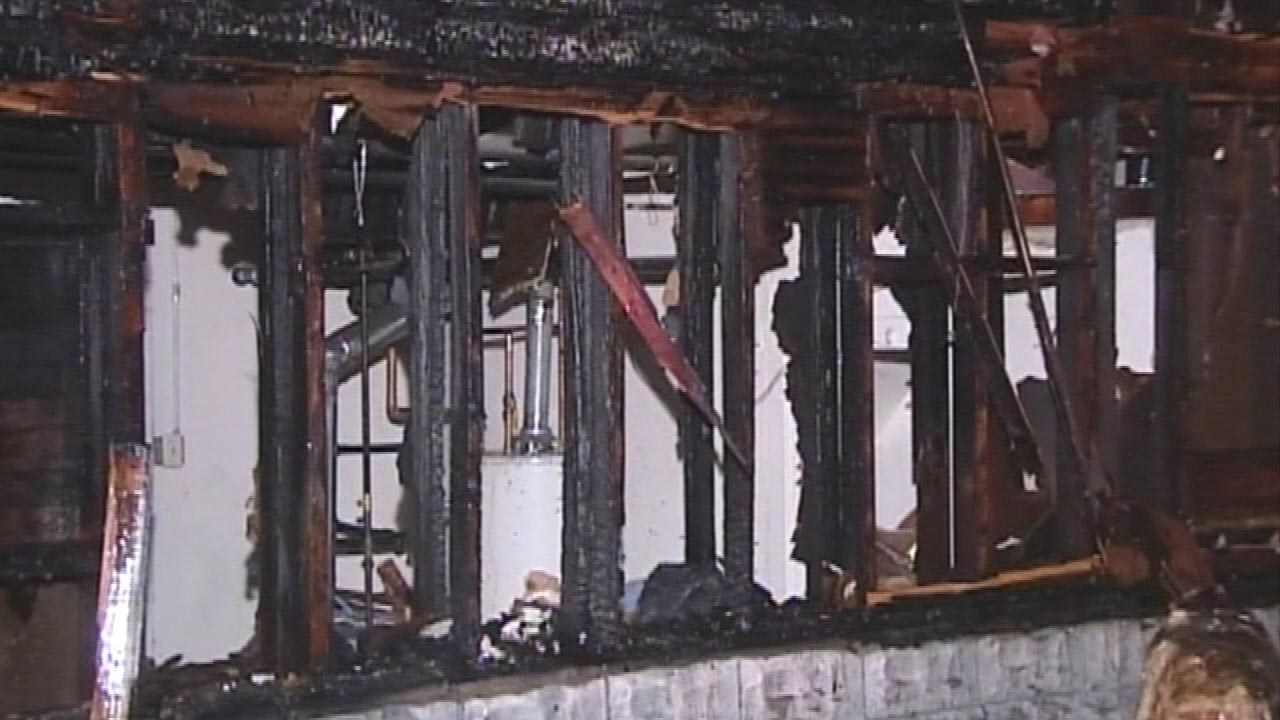