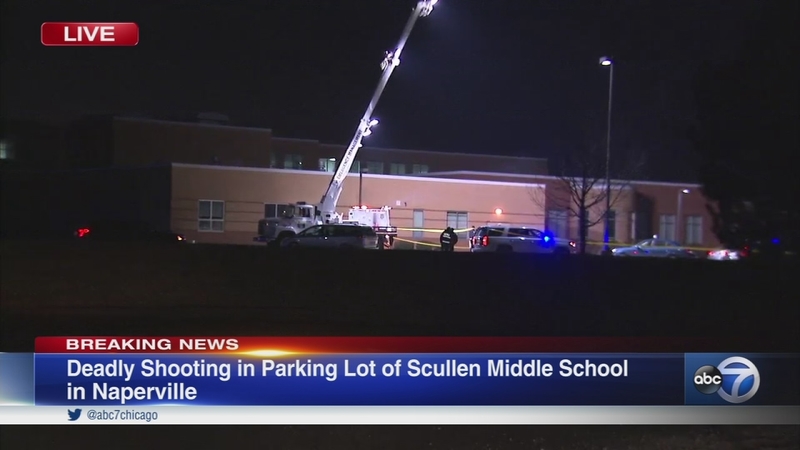 NAPERVILLE, Ill. (WLS) -- A man found fatally shot in a car at a school southwest suburban Naperville was identified as a professor at Lewis University.

Officers were dispatched to Scullen Middle School in the 2800-block of Mistflower Lane just before 7:20 p.m. Friday. They found Matthew Lange, 37, of Oswego, unresponsive in a vehicle with the windows shot out. He was transported to Edward Hospital, where he was pronounced dead.

Lange was an assistant professor at Lewis University in Romeoville. The school released a statement on Saturday:

"Our university was recently notified of the death of Dr. Matthew Lange, Assistant Professor of Psychology. He served as Assistant Professor and Director of the Accelerated Psychology Program. He taught several undergraduate courses, including personality and adult development. Lewis University Community extends our deepest sympathy and prayerful consolation to the family and friends of Matthew Lange during this period of bereavement."

There were Polish classes taking place at the time of the shooting. Students were held in place until police could give the all-clear.

Police said the shooting did not appear to be random and there was no danger to the public.

Anyone with information should contact Naperville Police at 630-420-6666 or Naperville Crime Stoppers at 630-420-6006. Callers to Crime Stoppers may remain anonymous. A reward of up to $5,000 was offered for information leading to an arrest in the deadly shooting.
Related topics:
napervilleschoolshooting
Copyright © 2021 WLS-TV. All Rights Reserved.
More Videos
From CNN Newsource affiliates
TOP STORIES