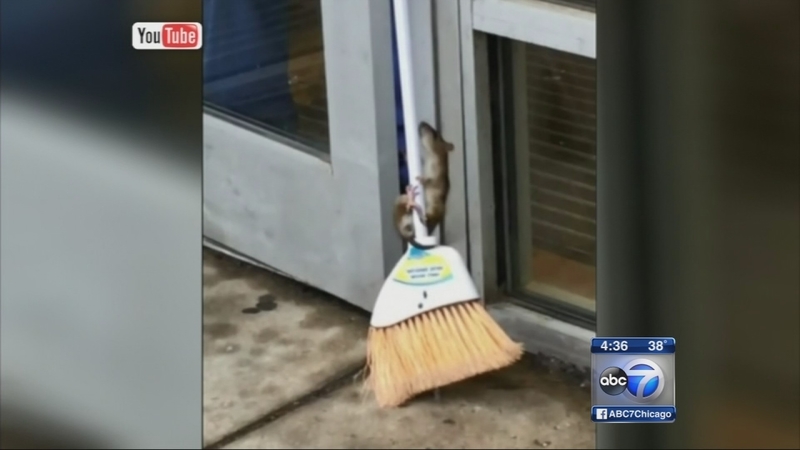 CHICAGO (WLS) -- Lincoln Park residents are concerned about a rat problem in their neighborhood. First there was video of the rat trying to get back inside a neighborhood clinic, and now there are concerns about upcoming demolition and construction.

A pesky little rodent persistently trying to get into an Old Town urgent care facility, despite efforts to gently sweep him out, is now the most famous rat in Chicago.

"He clearly didn't want to hurt the rat," says resident Joey Kaigler. "Didn't want to close the door on him."

While that little guy is getting most of the attention lately, there are apparently plenty of his brothers and sisters roaming the streets and alleys of Chicago.

"Nightshifts at the workplace dumpster alley I work, I usually run into a few, maybe a family of them," says Marlin Gully, a neighborhood employee.

Kevin Connelly's job is to find them and remove them. In the last few years he says he's seen a big increase in calls about rats from Lincoln Park.

"They'll gravitate to areas where there's resources and there's lots of resources in that particular neighborhood," Connelly says.

Connelly uses a combination of traditional traps, poison and containers to lure rats to their demise. The City Council passed an ordinance in 2015 for those working on demolition and construction projects, like the massive former Children's Hospital facility, to make sure rats are eliminated before work begins.

"Children's has been aggressive previously, even before the turnover of the buildings, with their own extermination program so we don't anticipate any issues."

The hospital building has been vacant for several years, which means there's no food supply to attract the rats. In the meantime, some have speculated the famous rat down the block has a strong connection to the facility he's trying to get back into.

"That rat probably has been personally interacting with humans to the point where he's pretty comfortable being around them" says Connelly.

Once demolition begins at the hospital, the Department of Streets and Sanitation plans to step up rat fighting efforts in the neighborhood, particularly in the two block radius around the site.
Related topics:
lincoln parkconstructionrats
Copyright © 2021 WLS-TV. All Rights Reserved.
RELATED 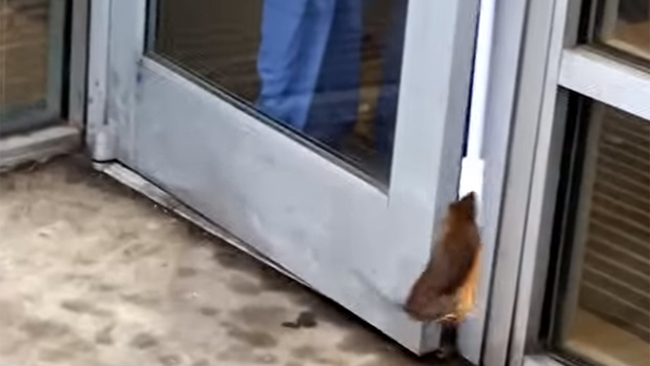