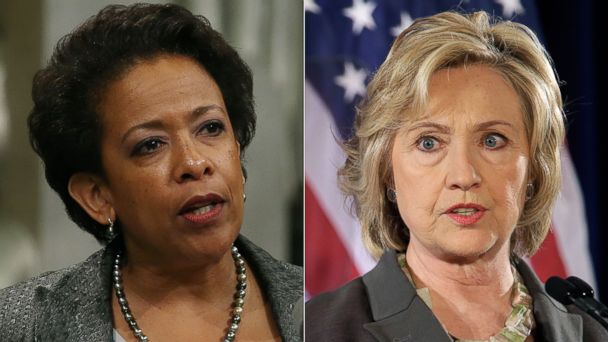 The latest controversy over Hillary Clinton's use of a personal email system while secretary of state is not only a possible drag on her presidential campaign, but it also creates a potential headache for Attorney General Loretta Lynch.

Lynch and her department must now determine what to do next -- including whether to open a criminal investigation -- and whatever she decides will be under intense scrutiny, especially by Republicans on Capitol Hill.

"We have recently received some referrals ... as we receive referrals on any number of things," Lynch told ABC News' Pierre Thomas in an exclusive interview. "We review them and we'll determine what particular steps, if any, we need to take."

Before becoming attorney general, Lynch served as U.S. Attorney for the Eastern District of New York. It was her second time in the position, having been first appointed by President Bill Clinton in 1999.

Lynch declined to say whether her connection to the Clintons creates a conflict of interest for her now.

The purpose of notifying the Justice Department was to inform the FBI of "a potential compromise of classified information," not to seek a criminal probe, spokeswoman Andrea Williams said.

In a recent memorandum to the State Department's Under Secretary for Management Patrick Kennedy, the inspectors general said a review of Clinton's emails revealed "hundreds of potentially classified emails within the collection."

Williams said the intelligence community found four emails out of a batch of 40 that it reviewed containing classified information, though they were not marked as such.

Clinton on Saturday brushed off the new investigation, saying she was confident she hadn't received or sent anything that was classified at the time.