WLS
SCHAUMBURG, Ill. (WLS) -- Schaumburg police said a man has been arrested in the strangling death of Tiffany Thrasher, 33, who was found dead in her apartment over the weekend.

Police have not released any details about the suspect or how he was captured, saying only he was arrested Wednesday and is male.

Police said the investigation that led to the arrest included several neighborhood canvases and examination of forensic evidence. They said officers followed up on over 100 leads. Police will hold a news conference at 10 a.m. to update the public on the arrest.

Thrasher was found, strangled and sexually assaulted, in her home the northwest suburb Sunday after police were called for a well-being check Sunday morning. She had failed to show up for Easter services, where she was to sing in the choir, which friends and family noted was very uncharacteristic of her.

"It's a big loss for us. Tiffany was very much a part of our family here. Very devoted to her faith. Very proactive in our church. She was involved in everything that happened here," said Pastor Mike Gates, Living Hope Church.

Residents in her apartment complex were relieved to hear of her arrest.

"I was very scared sleeping last night, you know, because it's a big thing, you know, something has happened there and it's very nearby and we live here so it's kind of scary too," said Tara Sharma, neighbor.

Tiffany joined friend Jeff Parker and his partner the night before her murder for dinner and when she didn't answer a text the next morning he knew something was wrong. He was also relieved to hear the news of an arrest.

"I am very happy to hear this. I was worried that it was going to go cold, and I'm thrilled that they caught somebody. Now we need to know who it is," he said.

A Texas native, Thrasher lived in Schaumburg with a female roommate who was away when the murder happened. She had only recently moved into the apartment complex.

Our family is thankful for the hard work and diligence of Schaumburg Police Department in the investigation of my sister Tiffany's death.

Our hearts are literally broken imagining what my sister went thru in the last hours of her life. She was truly a loving, happy person, she always seen the good in everyone. Our family has full faith and confidence in God and the Schaumburg Police Department to see justice served to whomever committed this horrific crime. We are finalizing funeral arrangements this afternoon and will share that information when it is available.
Related topics:
schaumburgarreststranglingwoman killed
Copyright © 2020 WLS-TV. All Rights Reserved.
RELATED 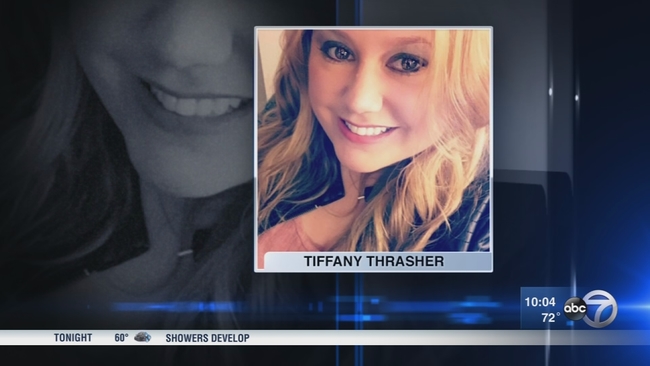 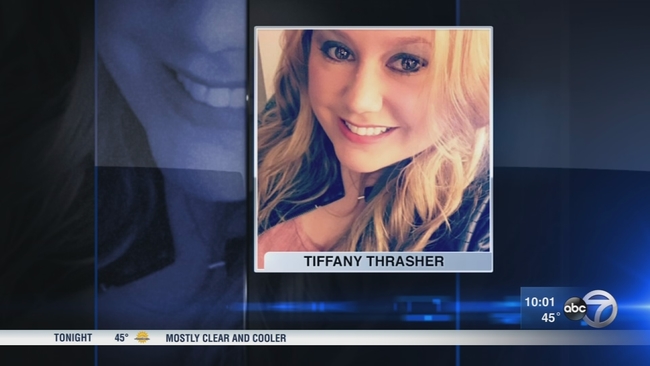