Man charged with murder in death of SIU student in 2014

WLS
By Eric Horng
MORTON GROVE, Ill. (WLS) -- The parents of a Southern Illinois University student who was found dead in 2014 may finally get justice.

A coroner had ruled Pravin Varughese was not the victim of foul play, but his parents didn't believe it and now a grand jury has indicted the man last seen with the victim.

At the family's home in north suburban Morton Grove there were tears of relief Thursday night. Varughese's family has long waited for this day.

"He's our only son, and it's not easy. And this fight hasn't been easy," said Lovely Varughese, mother.

Varughese's body was found in a wooded area outside the campus of Southern Illinois University. The SIU sophomore was initially found to have died of hypothermia, but questions lingered about that February night.

Bethune said he offered Varughese a ride home from a party and claimed Varughese started a fight, but said the 19-year-old left the vehicle. No charges were initially filed.

"More than losing our son, our pain was his name was dragged and dragged through the dirt," Lovely said.

But Varughese's relatives filed a lawsuit, and commissioned a second autopsy that revealed head injuries and defensive wounds.

A special prosecutor was appointed in 2015.

"Finally, we feel like my son has a voice," Lovely said.

Varughese was 19 at the time of his death and would've turned 23 later in July. At SIU, his major was criminal justice.
Report a correction or typo
Related topics:
morton grovearrestmurdermysterious deathstudent diescollege
Copyright © 2020 WLS-TV. All Rights Reserved.
RELATED 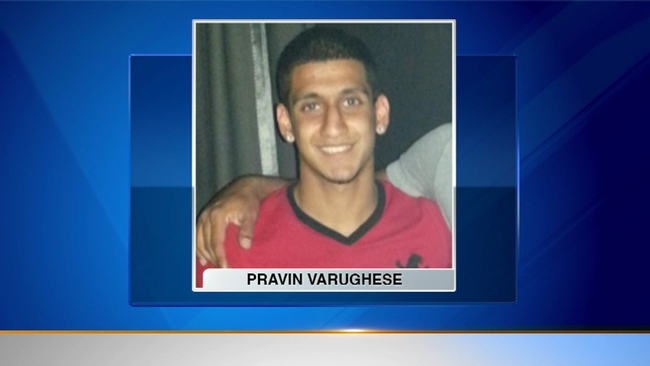