WLS
By Jessica D'Onofrio
EVERGREEN PARK, Ill. (WLS) -- A man was shot and killed in his vehicle in the parking lot of a Walgreens in southwest suburban Evergreen Park. Police are searching for three men who witnesses saw running from the scene.

Police responded around 6:45 p.m. Thursday to a report of shots fired outside the drugstore in the 8700-block of South Kedzie Avenue.

Officers found a man with a gunshot wound inside a gray Honda CR-V, which was parked in the Walgreens lot. He was pronounced dead at the scene.

It's unclear if robbery was the motive, but the South Suburban Major Crimes Task Force was activated and is involved in the case. 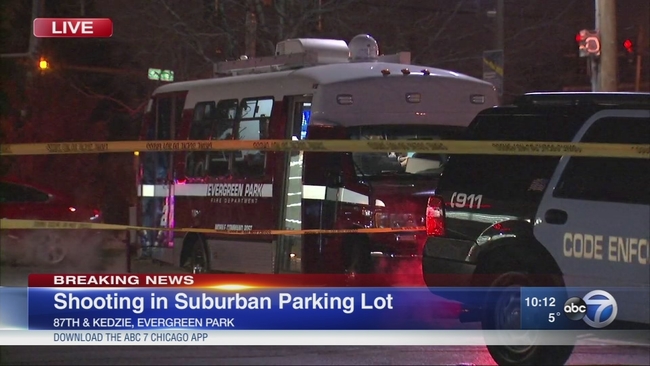