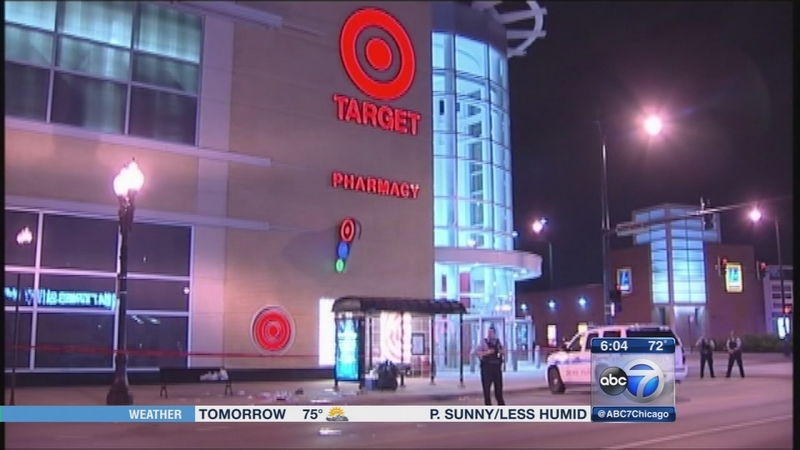 CHICAGO (WLS) -- A man is in custody after a deadly stabbing outside a Target in Chicago's Uptown neighborhood, which the local alderman said resulted from a fight over selling socks.

Police said a man was stabbed in the neck outside the store near North Broadway and West Montrose Avenue around 9:45 p.m. Sunday. The victim was taken to Advocate Illinois Masonic Medical Center, where he later died. His identity has not been released.

"2 people in a serious fight over selling socks, and one seriously stabbed in front of Target. A senseless act over socks."

Charges have not yet been filed against the 58-year-old man arrested in connection with the stabbing.

This is the seventh homicide in Uptown this year. That's two more than all of last year. In 2013, there was one murder in Uptown.

Ald. Cappleman and two other aldermen plan to meet with Mayor Rahm Emanuel and Chicago Police Superintendent Garry McCarthy this week to ask for more officers on the street. Cappleman also wants a specific game plan when it comes to gang violence.