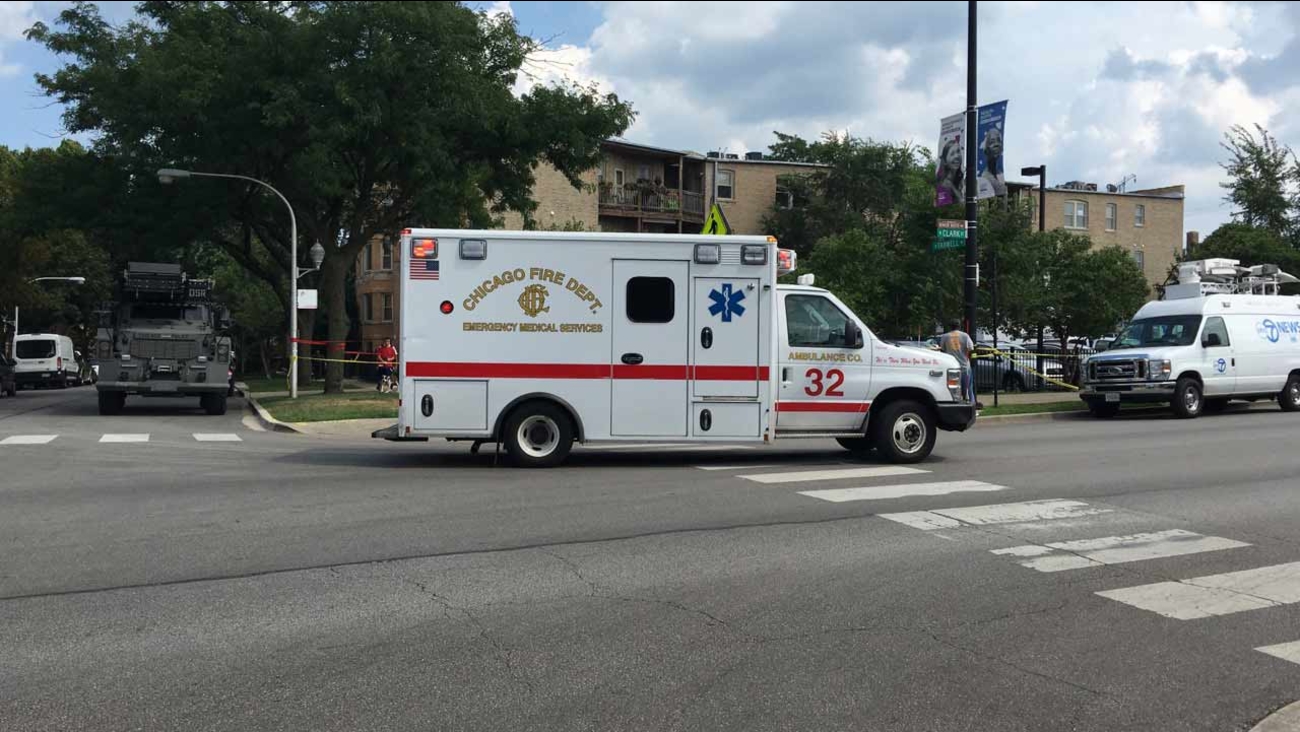 An ambulance leaves the scene of a barricade situation in Rogers Park.

CHICAGO -- A man has been taken into custody after barricading himself inside an apartment Thursday morning in the North Side Rogers Park neighborhood.

Officers responded to a 42-year-old man barricaded alone inside an apartment in the 1600-block of West Farwell about 9:45 a.m., according to Chicago police.

As of 2:30 p.m., the man had been taken into custody, police said. He was taken to Illinois Masonic Medical Center for shoulder pain.

Charges are pending against him Thursday afternoon.