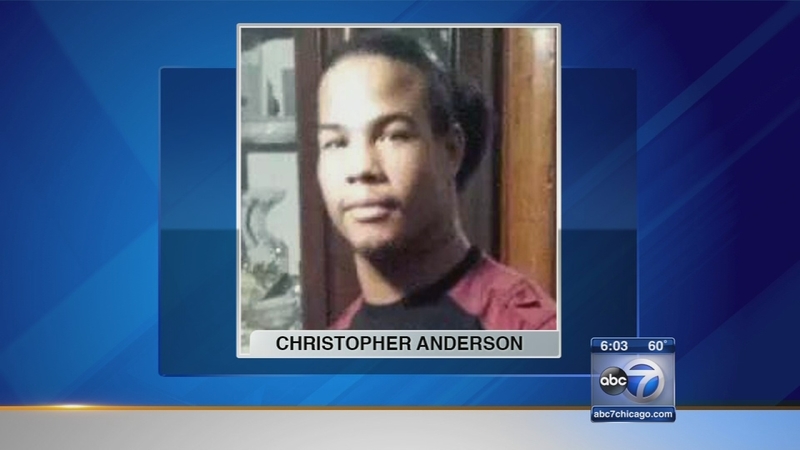 HIGHLAND PARK, Ill. (WLS) -- A Waukegan man was fatally shot by officers after allegedly pulling a gun at a hospital where he was taken after an alleged DUI car crash, police said.

Illinois State Police responded to a crash shortly after 11 p.m. Sunday at Illinois Route 94 near Lake Cook Road. Two passengers were injured. They were identified by family members as 27-year-old Christopher Anderson of Waukegan and his 9-year-old daughter Alaysia. Both were transported to Highland Park Hospital.

The driver, another man, was taken into custody on possible DUI charges, Illinois State Police said. He was not injured, officials said.

Around 1:30 a.m. Monday, Highland Park police officers were called to the hospital on a report of an aggressive patient. Hospital staffers were trying to subdue Anderson when he allegedly withdrew a handgun. Officers asked him to drop his weapon, but Anderson refused, police said.

Officers shot Anderson, who died of his injuries. No one else was hurt. The hospital was not put on lockdown during the incident.

Anderson's family is upset and angry, and searching for answers. They say he was trying to see his daughter as she was getting treatment and became upset when he was prevented from doing so.

"How can a 27-year-old whose daughter is seeking medical attention end up dead?" asks Ralph Peterson, a Chicago community activist.

The family says his daughter did not witness the shooting. She has since been released from the hospital into her mother's care.

Anderson's friends and relatives say all attempts to get information about the shooting from the Highland Park Police have gone unanswered.

"We haven't been able to speak to a coroner, or see his body, or even identify his body," says Maurice Hood, a friend of the family. "I don't know how fair that is."

Shanta Davis, Anderson's ex-girlfriend, says her daughter asked why her father wasn't leaving the hospital with them.

"They steady shooting people and getting away with it," said Shanta Davis, Anderson's ex-girlfriend. "And they know they messed up so they trying to plan as if he did all of this and that, and my daughter said he had no gun on him and I'm going to believe my daughter."

A Highland Park Hospital spokesperson says the hospital never went on lockdown, and that it is safe and fully operational. The Lake County Major Crime Task Force is investigating whether the shooting was justified.

An autopsy that was originally scheduled for Monday afternoon has been rescheduled for Tuesday morning at the Lake County Coroner's Office.