Fresno man killed after being released from jail on technicality

Bobby Pearson, 37, allegedly murdered at relative's house hours after release
KFSN
By Amanda Venegas
FRESNO, Calif. -- A Fresno, Calif., man is dead after going to pick up his things at a relative's home after being released from jail on a technicality related to jury instructions.

The incident happened shortly before 1 a.m. in the area of Dayton and West. Fresno police said they found a 37-year-old victim laying on the roadway with fatal wounds to his upper body and head. He was taken to Community Regional Medical Center where he died from his injuries shortly after arriving.

On Wednesday, Bobby Pearson was let out of jail after a jury agreed he was "not guilty." Eight jurors actually believed Pearson was guilty of the burglary for which he stood trial. But because of a fundamental misunderstanding of the law explained to them, they entered a not-guilty verdict and even confirmed it when the judge polled them.

After being released, Pearson went to a relative's house to pick up some of his things. He then got into a dispute with the boyfriend of his relative. During the dispute, the victim was stabbed numerous times, and witnesses reported a loud pop.

"Relatives inside the house here a 'pop.' So, I think they believe it's a gun. They came out later and the boyfriend-suspect of the relative is gone... and the victim, 37-year-old male, is laying in the roadway," said Lt. Joe Gomez, Fresno Police Department.

Police are still looking for the boyfriend of the relative who left the scene.
Related topics:
fresno centralmurderhomicide investigationhomicidefresnou.s. & worldstabbingcrimetracker
Copyright © 2020 KFSN-TV. All Rights Reserved.
RELATED 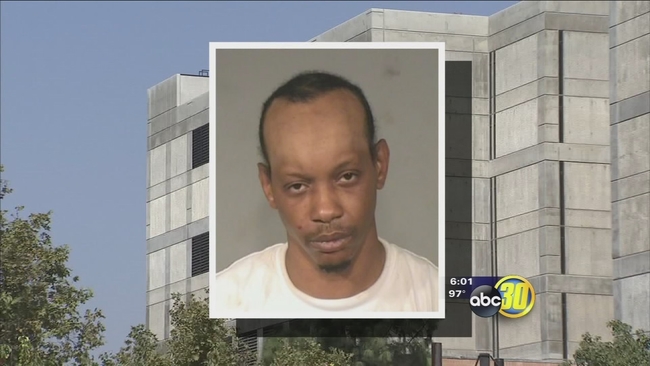