Man released from custody to donate kidney to sister 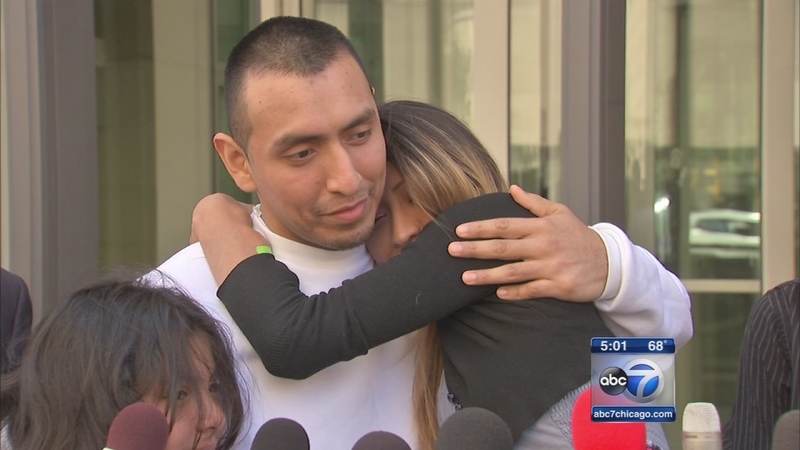 Man released from custody to donate kidney to sister

CHICAGO (WLS) -- Jazmin Longoria-Lara needs a kidney transplant. Her brother was being deported to Mexico, but has been temporarily released from custody because he is a donor match.

There was a happy family reunion Thursday - one that a sister and brother had some doubt would ever come to pass. But it has, and the result may be a life saved.

Jazmin Longoria-Lara has a rare disease that robbed her kidneys of function. Her mother had earlier donated one of her kidneys to Jazmin, but over time, it failed. The only other potential match for a kidney is Jazmin's brother Argenis, but he'd been imprisoned on a burglary conviction. His permanent resident status had been stripped, and he was scheduled for deportation - until now.

Argenis was temporarily released from custody Thursday afternoon so he can go through with an operation that will give one of his kidneys to the sister he loves.

"I mean I didn't expect it. I was really hoping for the best but preparing for the worst. It's the greatest news I've heard in a long time," Argenis said.

It is a six-month window for Argenis - a sort of humanitarian release decided upon by the Department of Immigration and Customs Enforcement. Before Thursday afternoon, brother and sister had not seen each other in the last four months.

Although previous tests show a kidney match, both brother and sister will undergo more tests - beginning soon - to prepare for a transplant without which Jazmin is facing renal failure. On Thursday morning, she underwent another exhausting round of dialysis.

"I get like a headache, I feel dizzy, but I'm just smiling now because I'm so happy that he's here," Jazmin said.

There is no date yet for the operation, though it will be sooner rather than later, for Jazmin's condition continues to deteriorate.

There are no guarantees for medical success, but brother and sister are a match, and there's every reason for optimism.

Argenis must wear an electronic monitor and report regularly. Before that six-month humanitarian window is up, his family and supporters will argue that his permanent resident status be reinstated, and that he not be deported.