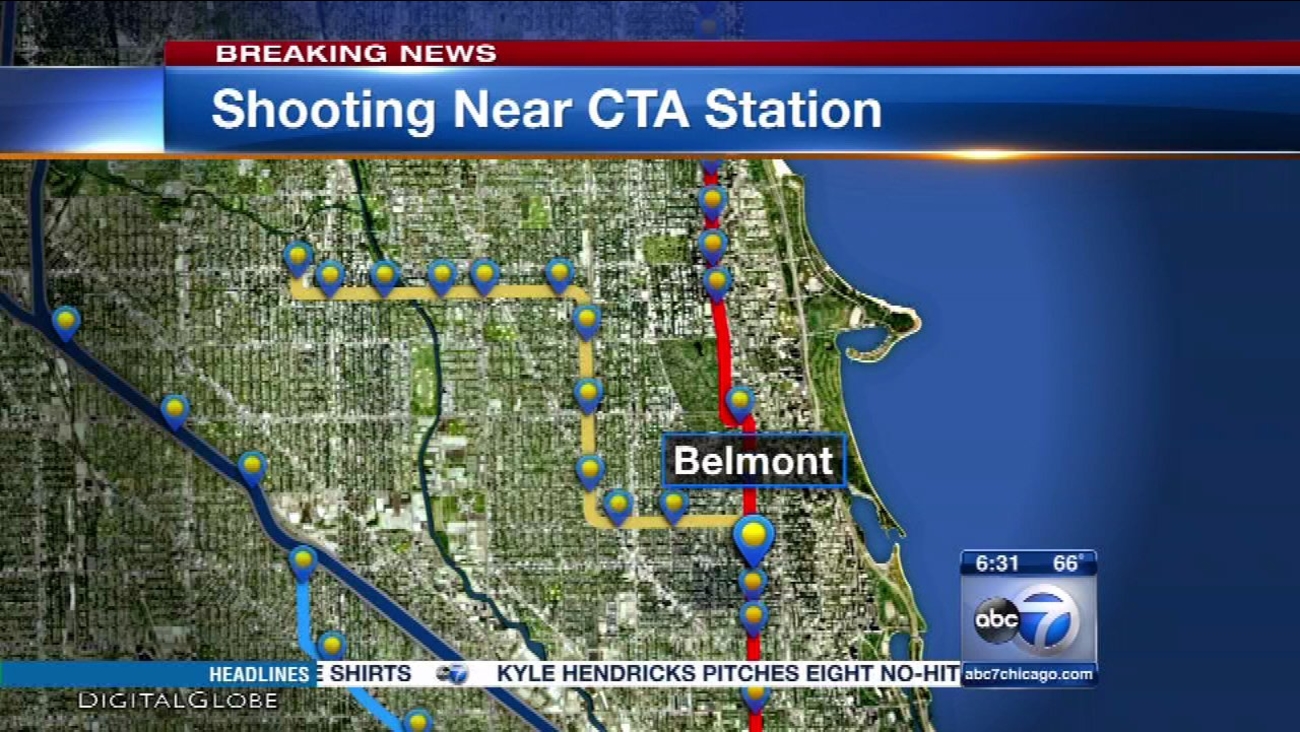 CHICAGO (WLS) -- A man who was reportedly shot near the CTA Belmont station on Chicago's North Side wounded himself, police told Alderman Tom Tunney (44th Ward).

Police said Tuesday that a 22-year-old man was shot around 4:40 a.m. Tuesday in the 1000-block of West Belmont Avenue in the city's Lakeview neighborhood.

Ald. Tunney posted an update about the shooting on Facebook Wednesday. He said police told him the man suffered a self-inflicted gunshot wound.

Detectives told him no crime scene was found and there is no video evidence of the alleged victim being at that location.

Tunney said also said video from Illinois Masonic shows the alleged victim was dropped off at the hospital in a vehicle. An earlier report said police thought the shooting might have been a drive-by. The vehicle in the hospital video matches a description of the alleged shooter's vehicle the man gave police.

Investigators told Tunney the alleged victim had a warrant out for violation his probation. He was taken into custody, the alderman said.