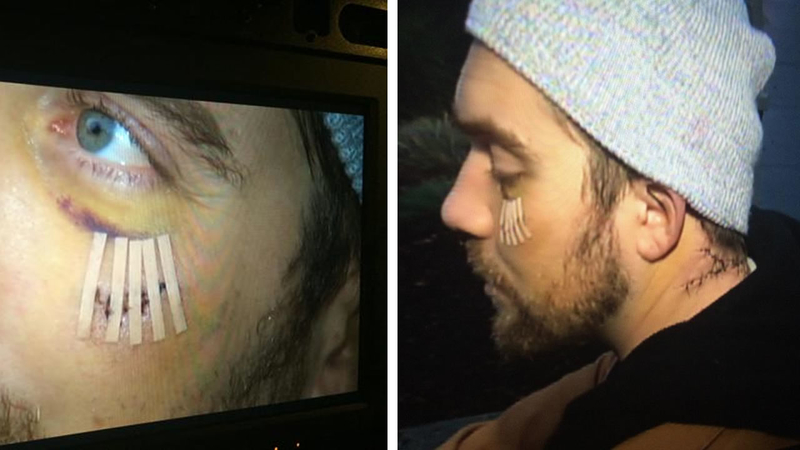 SAN FRANCISCO -- A San Francisco man is recovering from multiple stab wounds after he was attacked in the Tenderloin District while defending his girlfriend from catcalling and lewd comments.

The wounds on Ben Schwartz's face and neck show how violently he was cut and these aren't his most serious injuries.

"It barely missed my spinal cord in the back by just a few inches, so luckily this wheelchair is not permanent, thank God," he said. "I punctured my right lung from behind."

Schwartz was stabbed nine times Saturday morning walking home from a friend's house, with his girlfriend. They were near Larkin and Ellis streets when he said a man started catcalling and making obscene comments.

"At first we tried to just ignore it, just kind of walk away and make our way home, cross the street and try to take a different path," he said.

But the man started following them and Schwartz braced for a fight.

"It turned violent very quickly, punches thrown," he said. "Next thing I know, I kinda had a knife in the back of my neck."

The suspect was picked up in a silver sedan and got away. Between witnesses and police Schwartz got help and was taken to the hospital. His mother came in from Tucson, Ariz. as fast as she could.

"It's a terrifying experience for a parent or probably anybody who hears about it," Schwartz's mother Claire Schuren said.