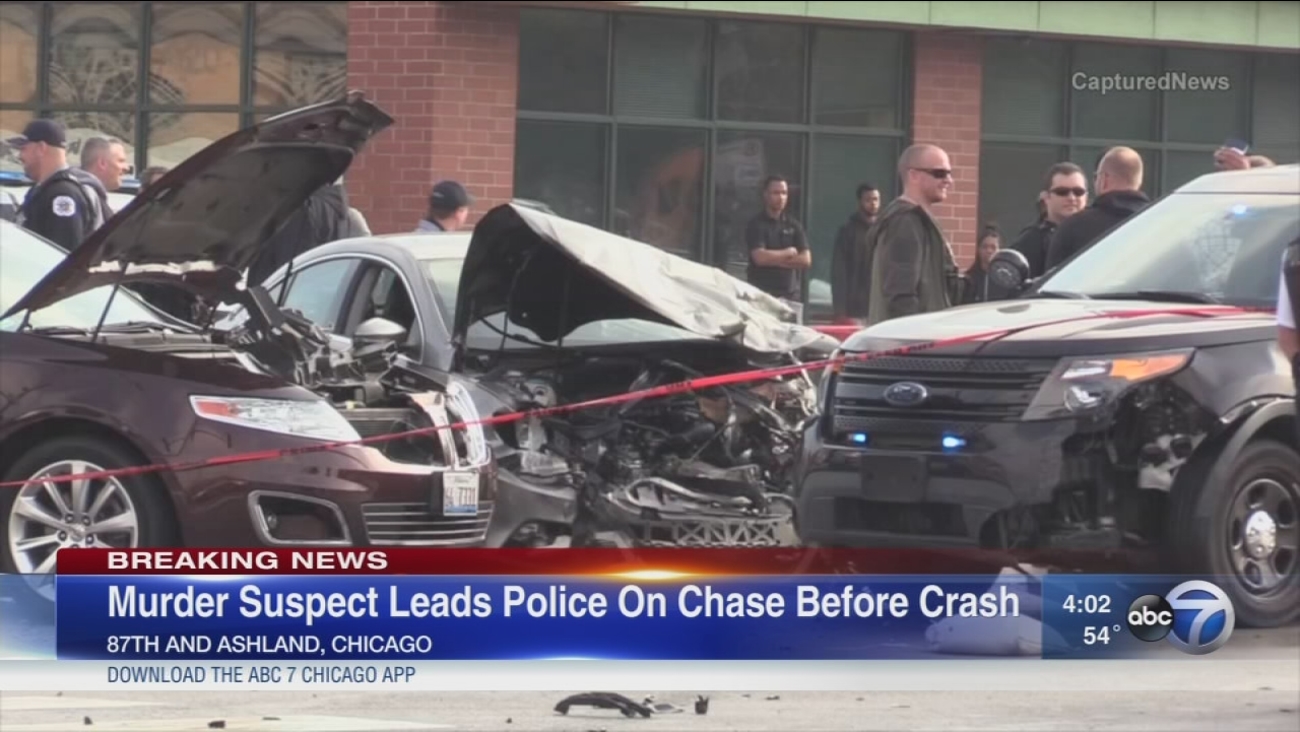 Five people were injured in a multi-vehicle crash at the end of a Chicago police chase of a suspect wanted on murder charges, police said. (WLS)

CHICAGO (WLS) -- A fugitive wanted in a homicide in west suburban Brookfield was charged with a string of felonies Wednesday after police said he led them on a chase on Chicago's South Side. 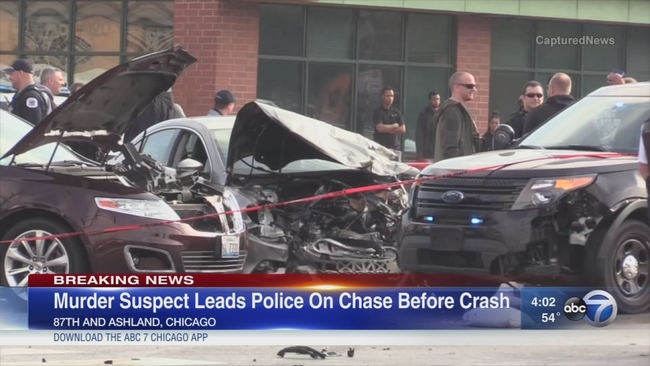