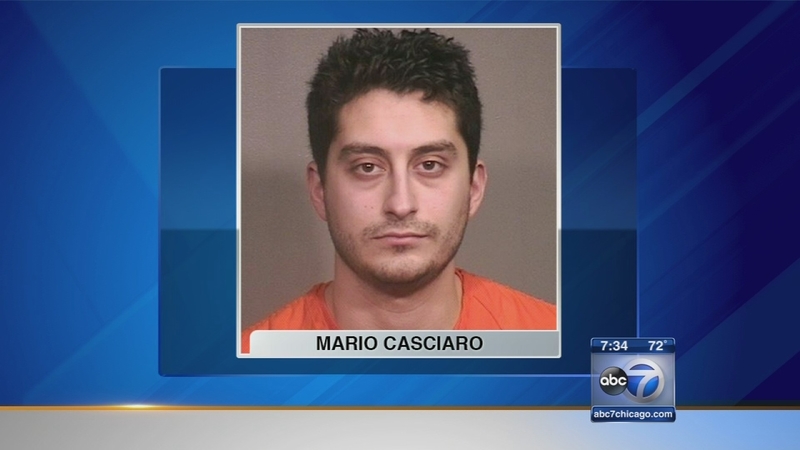 Mario Casciaro's family huddled around a phone in his attorney's office Friday morning to share the good news that his murder conviction in the 2002 disappearance of 17-year-old Brian Carrick had been tossed. He had been serving a 26-year prison sentence.

Casciaro reacted calmly from the downstate prison, where he's been since 2013.

"Wow, I'm kind of like, speechless. I don't even know what to say," Mario Casciaro said on speakerphone.

On Thursday, the Second District Appellate Court overruled Casciaro's conviction, ruling that McHenry County prosecutors failed to prove beyond a shadow of a doubt that he was guilty.

"They just tore the prosecution apart. They said it was ridiculous, ludicrous, the evidence was improbable," said Kathleen Zellner, Casciaro's attorney.

A jury found Casciaro guilty of murdering Carrick, who was last seen a few days before Christmas 2002, at the Johnsburg, Ill., grocery store where he worked - which was also owned by Casciaro's parents.

The conviction hinged on the testimony of another coworker -- Shane Lamb - who after receiving immunity, claimed Casciaro asked him to confront Carrick about a $500 marijuana debt. Carrick's body was never found.

Prosecutors said they plan to appeal the ruling to the Illinois Supreme Court.

"Although nightmare over for us, it is not for the Carrick's. They deserve to know what happened to their brother," said Julie Muell, Casciaro's sister.

Carrick's mother died in 2009, and his father has also passed away.

Lamb recanted his testimony and is currently serving a 20-year prison sentence on an unrelated weapons charge.

Zellner plans a motion to get Casciaro released from prison, which could be as early as next week.