"We're going to try everything we can to help bring a level of security and safety throughout the city of Chicago," Emanuel said.

In the latest effort to stem gun violence, Mayor Emanuel touted the creation of the fund to help support gun buyback campaigns across the city. The new initiative would allow churches and neighborhood organizations to partner up with the city to hold their own gun buyback events.

"On the East Side of Chicago where I'm from, we definitely need to give an option," said Jedidiah Brown, Young Leaders Alliance.

The Chicago Police Department would approve the gun buyback events, but interested groups would be responsible for organizing and advertising their program. Officers would then help recover the guns at each event and provide $100 cash cards for the firearms people turn in.

"We are all standing arm-in-arm and shoulder-to-shoulder to make sure that we combat and overcome this problem," said Ald. Michael Scott, 24th Ward.

The gun buyback fund would start off with $250,000 from CPD's community policing program initially earmarked for neighborhood smoke-outs and block parties. While supporters say these types of programs make the city safer, some critics question their effectiveness.

"Many of the firearms that they take in are often used in crimes and so, that's a great place to dump firearms," said Richard Pearson, Illinois State Rifle Association.

"Every single gun that we get off the street gives us an opportunity to prevent somebody from becoming a victim of gun violence," said Supt. Garry McCarthy.

But for Pam Bosley, who lost her son to gun violence, the new effort is better than nothing.

"I'm for it, because I don't want another mother to go through what I'm going through," Bosley said.

Brianna Jenkins, 19, was shot and killed in Chicago's Gresham neighborhood.

She was sitting in a vehicle with a 22-year-old man in the 7800-block of South Honore Street around 4:30 p.m. Police said that's when someone walked up and opened fire.

Jenkins, of the 2100-block of West 69th Street, was shot multiple times and pronounced dead at the scene.

Friends drove the man to Advocate Christ Medical Center in Oak Lawn, where his condition stabilized. Police said he has documented gang ties.

Jenkins' family said she was not the intended target. They are heartbroken.

When asked how he will be able to move forward, Lane said, "By the grace of God."

The father of a boy, 3, who was accidentally shot and killed by his brother, 6, told police he got the gun to protect his family.

On Saturday, a 3-year-old boy was killed by his 6-year-old brother in an accidental shooting in Chicago's Humboldt Park neighborhood.

Eian Santiago and his older brother were playing "cops and robbers" in their home in the 1000-block of North Francisco Avenue around 9:05 p.m.

Police said that's when the older child found the loaded revolver on top of a refrigerator and shot his younger brother in the face. Eian was rushed to the hospital, where he later died.

Police said the gun belonged to the boys' father, 25-year-old Michael Santiago. The former gang member told police he got the gun to protect his family. He was charged with felony child endangerment causing death and is being held on $75,000 bond.

Gun opponents said this accidental shooting is one more reason to get guns off the streets.

One other person was killed and at least 18 others were wounded in shootings across Chicago between Friday night and Monday morning.

A 22-year-old man killed in a shooting that happened just after 2 a.m. Sunday in Roseland on the Far South Side.

Two men, ages 19 and 22, were in a vehicle pulling away from a curb in the 10600 block of South Prairie when a gunman walked up and opened fire, police said.

The vehicle sped away and eventually crashed into a tree in the 10500 block of South Prairie, police said.

The 22-year-old driver was shot in the upper back and pronounced dead at the scene. Authorities withheld his name Sunday night pending notification of his family.

The 19-year-old passenger was shot in the left knee and taken to Christ Medical Center, where his condition stabilized, police said.

Investigators think the shooting was gang-related.

The weekend's most recent nonfatal shooting happened Sunday night in the East Side neighborhood.

A 32-year-old man was walking on the sidewalk in the 3500 block of East 97th Street about 11:40 p.m. when he got into an argument with two males, and someone opened fire, police said. The man was shot in the right side of his abdomen and was taken by a family member to Advocate Trinity Hospital, where his condition was stabilized. A police source said the man is a documented gang member.

Earlier Sunday, two people were shot in the Kelvyn Park neighborhood on the Northwest Side.
A 17-year-old boy and a man, 18, were walking in the 2500 block of North Kilbourn about 5:45 p.m. when someone walked up and opened fire, police said. The shooter then jumped into a dark-colored car, which sped away. The man, who has documented gang ties, was shot in the back and taken to Advocate Illinois Masonic Medical Center in critical condition, police said. The boy was shot in the arm and was taken to Community First Medical Center in good condition.

At least 14 others have been wounded in separate shootings between 6 p.m. Friday and Monday morning. 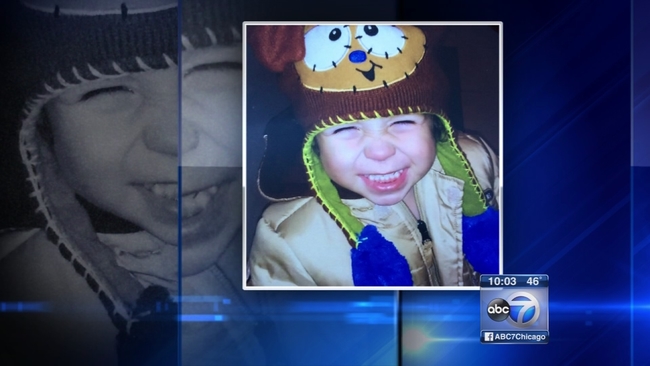 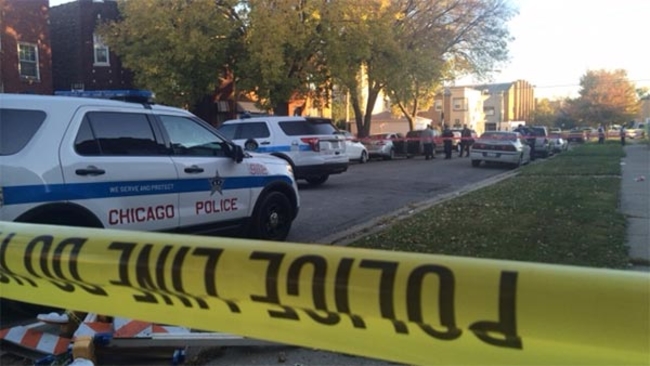