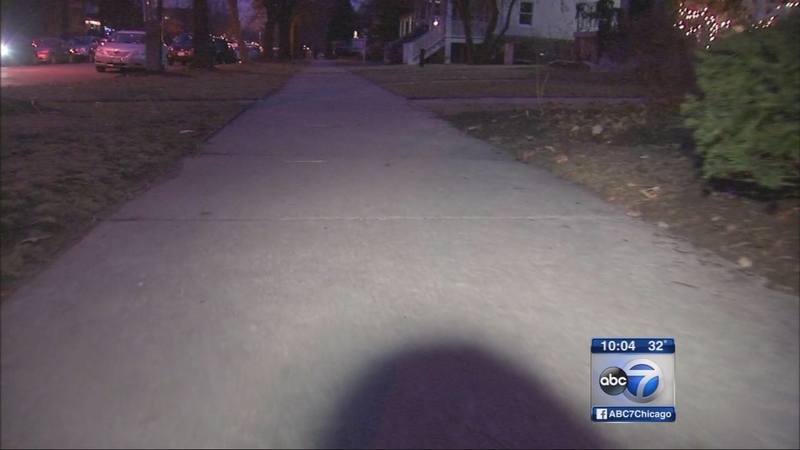 CHICAGO (WLS) -- Mayor Rahm Emanuel and his family are now on vacation in South America, but Friday night they were dealing with violence that hit close to home as the mayor's teenage son was injured during a robbery near the family's North Side home.

Zach Emanuel, 17, was just steps from home when he was robbed, but it wasn't until after the mayor and his family had left town that his office confirmed the incident. Police say they are looking for two teenagers who robbed him.

The mayor's office confirmed Saturday that Zach Emanuel was assaulted and robbed Friday night while walking a few houses away from his family's home in the city's Ravenswood neighborhood.

It wasn't until after the mayor had left town Saturday afternoon that the mayor's office even confirmed the incident. Police said they are still looking for the suspects.

"I live across from the mayor, but stuff still happens no matter where you go," said area resident Dan Hill.

Police, who did not name Zach Emanuel as the victim, say the robbery took place just after 10 p.m. Friday when two teenage males approached another teenage boy, went through his pockets and removed his cell phone.

According to published reports, Emanuel suffered a chipped tooth and a fat lip during the incident. The mayor did not comment publicly Saturday and the family has now left town for the holidays.

The mayor's office released a statement which reads in part: "Zach was assaulted in a robbery during which his phone was stolen. He sustained injuries that required medical treatment, but was able to join the family for a long planned trip. The Mayor's focus is on his son's well-being."

The teenagers got away, even though there is a security detail stationed outside the mayor's home around the clock. There are also security cameras on both ends of the street. Still, it's not the first robbery to take place here. The last one was just a couple of months ago.

"Two or three in the morning a woman was punched and the man stole her purse and I think the mayor's detail security detail chased after him but didn't get him," said neighbor Kelly Thames.

It is not clear whether the mayor's security was alerted to the incident in time to try and give chase.

Police said no arrests have been made.