WLS
By Evelyn Holmes and Michelle Gallardo
CHICAGO (WLS) -- On this Memorial Day, events are planned across the Chicago area to honor men and women who died serving their country.

It was a bit of a soggy start to the holiday, but that wasn't enough to scare anyone off at Lakeview's annual Woogms Memorial Day Parade, where for the last 52 years the only rule has been that everybody marches, nobody watches. 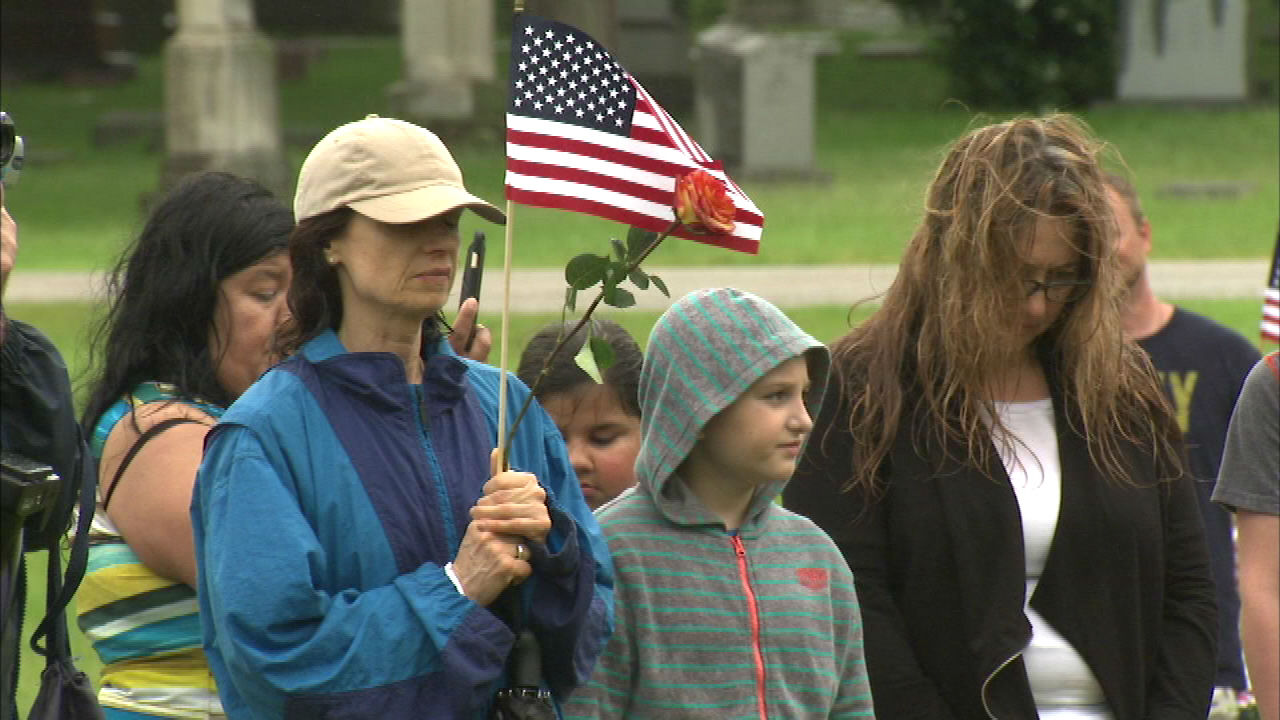 Chicago's Memorial Day activities
On this Memorial Day, events were held across the Chicago area to honor men and women who died serving their country.

"For an hour the streets are closed, the kids are the parade, we wave the flags, we do a tribute and ultimately the kids get a flavor for what my dad had in mind which was to be a patriot, be a part of the community," said Grand Marshall Tony Weisman.

The do-it-yourself parade included some Chicago notables, but Woogms isn't for politics or speeches, it's just about some good old-fashioned fun.

"We're in the big city of Chicago, but this is like a small town," said Roberta Washburg. "This is what they would do in a small town and they've been doing it for so many years."

At Rainbow Street Beach folks fired up their barbeques for the first time this year, some grilling up enough food for a small army. It was a bit on the windy side, but still all worth it.

"It gives a chance for the family to get together, for the newborns to know the other newborns, the cousins knowing the cousins," said Albert Davis. "We try to keep this going on. Since my mother passed she used to be the one in charge, so now we're taking it up together."

The rain did stop just in time for the opening of Oak Forest's annual Gaelic Park Irish Fest. In its third and final day, the fair is a big draw for families looking to celebrate both their Irish heritage and the Memorial Day holiday. For the kids though, it's all about the carnival rides, from the merry-go-around for the little ones to the Pharaoh's Fury and the Cliff Hanger for the older ones.

"It's a family thing," said John Quinn. "We take the family out and have a good time. It's always fun for everybody."

Despite the early showers, the day turned out to be a great afternoon to be outside and enjoy the holiday. 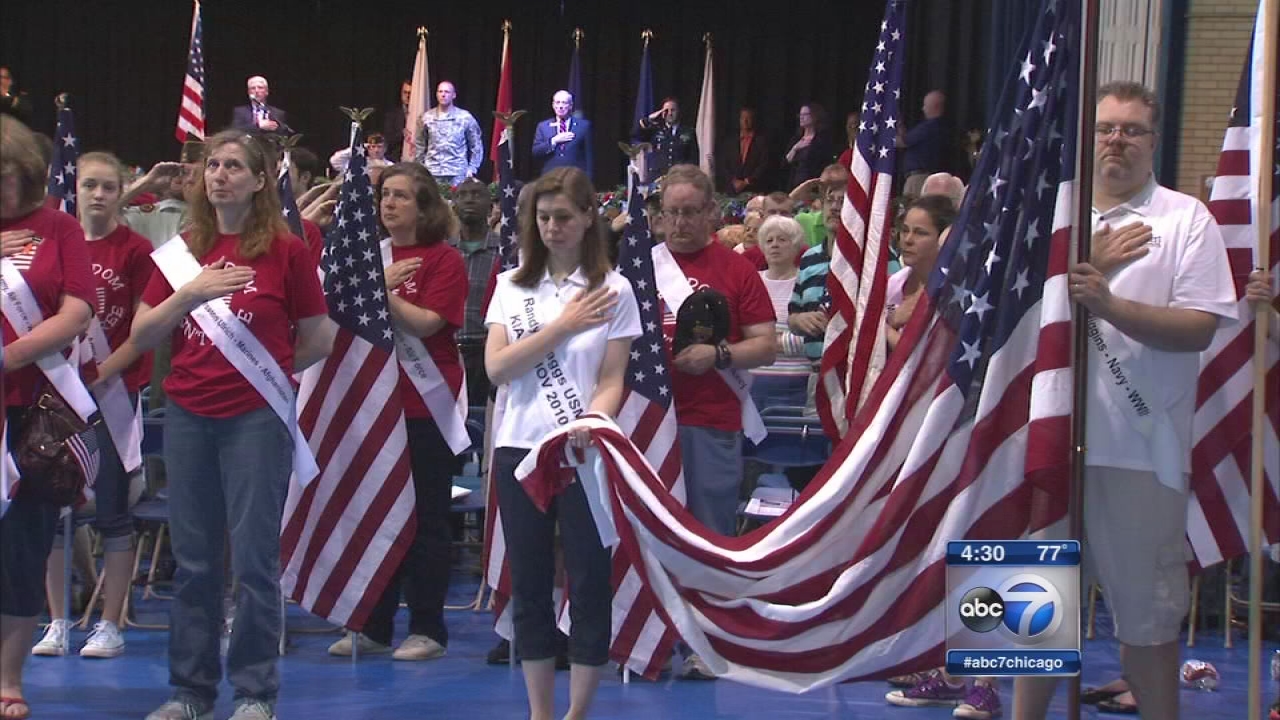 There was still a Memorial Day ceremony in Arlington Heights after the threat of severe weather prompted the northwest suburb to scrap its popular Memorial Day parade.

"I'm really not disappointed," said resident Antoinette Higgins-Thrash. "When you hold these outdoor events its really all about safety."

The event traditionally held at the end of the parade route at a local park was moved inside to a high school gym.

After several forecast predicted heavy rain and thunderstorms during the time of the parade, organizers decided to cancel it, citing safety concerns for the parade's 35,000 marchers, many of whom were expected to be children and elderly veterans.

"I always want to air on the side of safety," said Greg Padovani, Arlington Heights Veterans Memorial Committee Chairman. "In this case I think we did the right thing."

The Arlington Heights Memorial Parade is one of the northwest suburbs largest parades, featuring active duty military, veterans, marching bands, and other organizations.

Some parade participants also expressed concerns about the money they'd lose if the parade was cancelled at the last minute.

However, not everyone was happy about the change. Some Arlington Heights residents like the Gonke family opted not to attend the indoor ceremony, but went to Mount Prospect's Memorial Day Parade instead.

"It's unfortunate they cancelled so far ahead of time. Weather forecast changes all the time," said Arlington Heights resident Lauren Gonke.

At Monday's ceremony, there was the laying of wreaths, along with other traditional Memorial Day remembrances, all symbols of what some say the day is really about.

"We can still honor our veterans and especially those who have paid the ultimate price in the defense of our country," said Arlington Heights Mayor Tom Hayes.
Related topics:
elwoodchicagomemorial day
Copyright © 2021 WLS-TV. All Rights Reserved.
RELATED 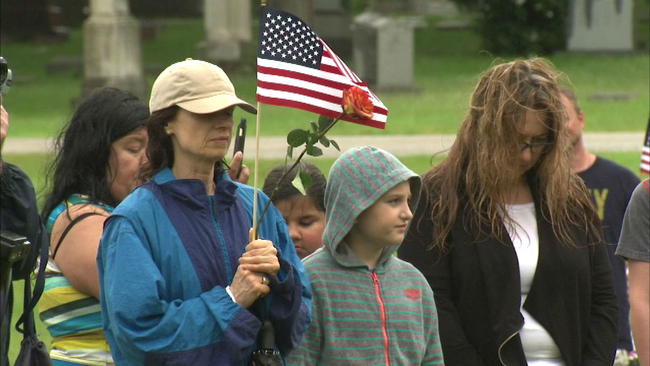