OAK BROOK, Ill. (WLS) -- In an ongoing campaign to raise the minimum wage to $15 an hour, about 2,000 protesters from the Chicago area and around the country slowly marched around McDonald's Oak Brook headquarters Wednesday. 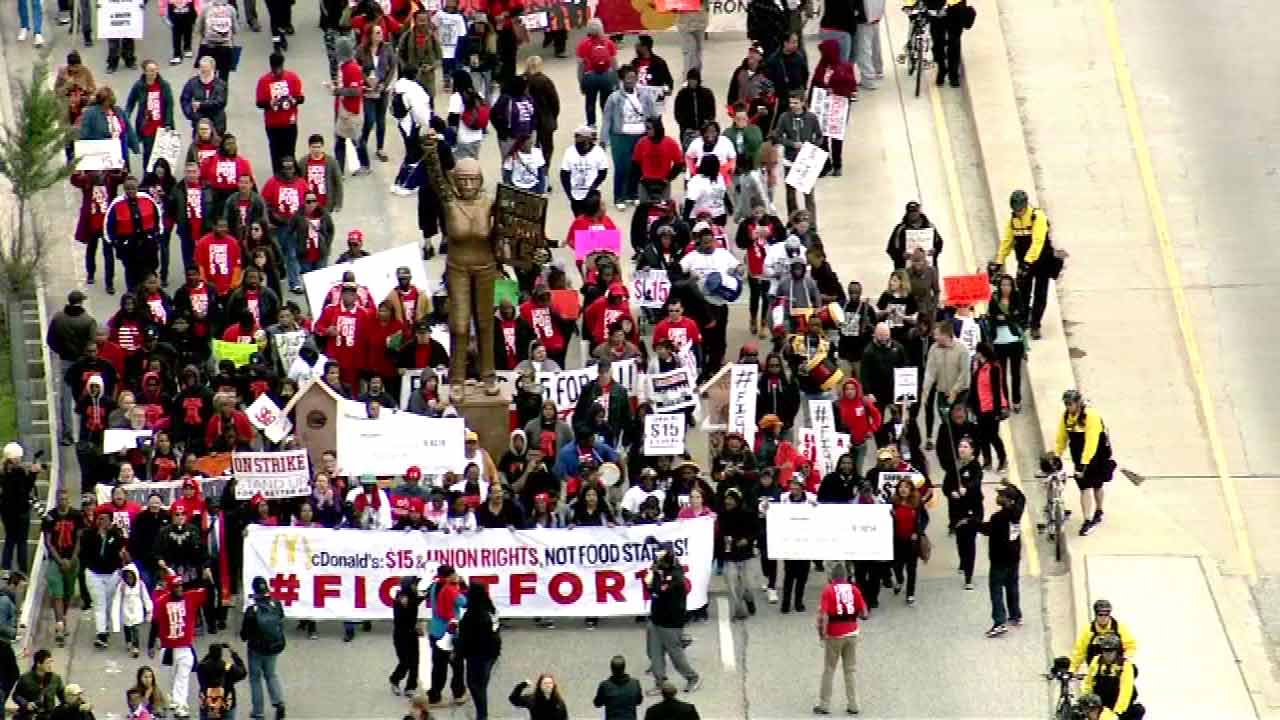 Tyreed Johnson works at a Loop McDonald's. He began 23 years ago making $4.25 an hour. Now his wage is twice that, but nothing near the $15. Johnson and so many here say they are forced to work two jobs.

"It's hard for me to pay my bills until I got a job at 7-Eleven. Now that I have that job I'm stable, but I'm still not happy so I'm fighting for $15 an hour," Johnson said.

Recently, McDonald's announced that beginning July 1, it would increase wages to $1 above the local minimum wage at its corporate-owned restaurants. But, that only covers 10 percent of its employees. The majority of its restaurants are franchise-owned.

"McDonald's is not able to raise the wage for employees at franchise restaurants, those franchises are independently owned by small business owners who set wages for their own employees," said Heidi Barker, McDonald's spokesperson.

But many believe McDonald's has the power to strongly suggest an increase to their franchise restaurants. While this corporate giant is the target, minimum wage activists say their demonstrations are aimed at putting the pressure on all companies to do what they say is the right thing.

"When you raise wages on people on bottom, basically the standard of living of everybody goes up, because there's more money that's pushed into the economy and people spend, that's why this is so important," said Clem Balanoff, an activist.

McDonald's told employees who work at the headquarters to work from home Wednesday. The protest comes ahead of the company's annual shareholder meeting Thursday.