WLS
CHICAGO (WLS) -- Thousands of employees gathered in the Loop as part of a nationwide demonstration fighting for $15 minimum wage.

Students comprised a portion of FIGHT FOR 15, which began in the city's West Side University of Illinois at Chicago campus Wednesday afternoon. Students delivered a petition to the chancellor of UIC requesting that all workers and adjunct faculty on the UIC campus and other colleges receive $15 an hour.

Aiming to use Tax Day as a catalyst, FIGHT FOR 15 is a coalition of advocacy organizations, drawing employees from child care and school workers to security workers and janitors. BP steel workers from Whiting, Ind. were also present. 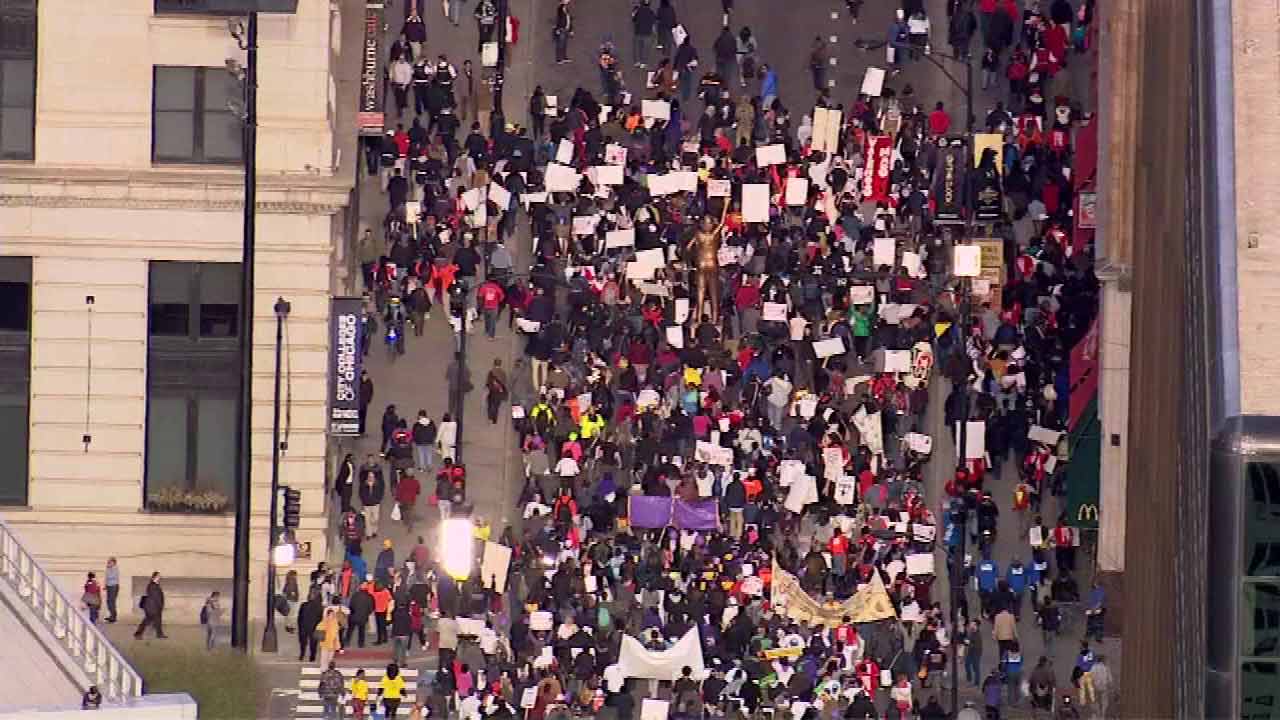 PHOTOS: Minimum wage protests in Chicago draw thousands
Thousands of employees are gathering in the Loop as part of a nationwide demonstration fighting for $15 minimum wage.

The effort has long been led by fast food employees who say they deserve a living wage of at least $15 an hour. They have walked off the job dozens of times in the last few years to draw attention to their cause.

Many say they are forced to rely on public assistance to make ends meet. Others say even after years of loyalty to their respective employers, raises are few and far between.

"I feel like people can't survive on an $8.25 wage for an hour," said Daniel Franklin, a protestor. "I barely pay any rent for a month and I barely can make it through life. It's hard."

The march continued from the UIC campus and headed north on Halsted and then east on Jackson, reaching the McDonald's in the Chicago Board of Trade building, 111 W. Jackson Ave.

McDonalds has been a focus of many fast food employee rallies. Although activists say the company's decision to raise wages by $1 is a step in the right direction, many say that it is not enough for a true living wage. 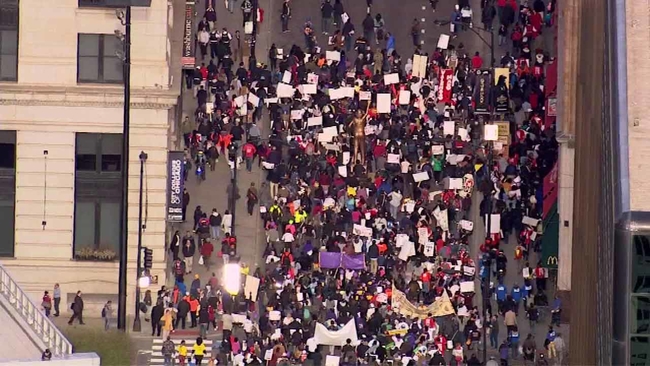 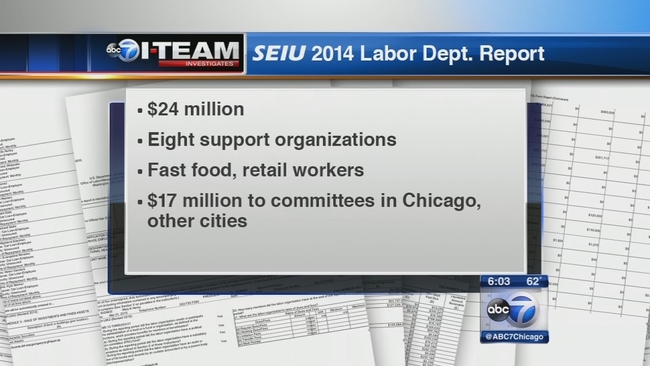