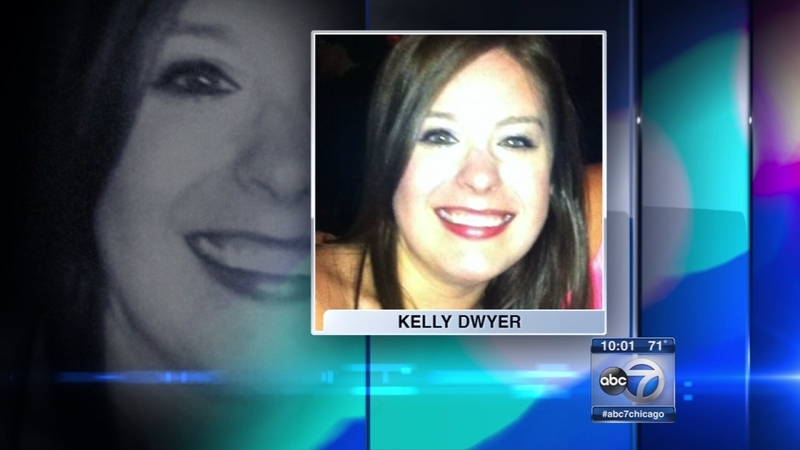 CHICAGO (WLS) -- A body found in Wisconsin earlier this month has been identified as that of Kelly Dwyer, a 27-year-old Chicago area woman who went missing more than a year ago.

On Thursday, a forensic dentist confirmed the skeletal remains found in rural Jefferson County, Wis., belonged to Dwyer. She grew up in Long Grove, graduated from Stevenson High School in Lincolnshire, and had been living in Milwaukee when she was reported missing in October 2013. Authorities say it's still unclear how she died.

"The cause of death has not been determined and is pending with further investigation," said Deputy Chief Jeffrey Parker, Jefferson County Sheriff's Office.

Dwyer was last seen 19 months ago on the east side of Milwaukee. Police say she was visiting her boyfriend, 38-year-old Kris Zocco. He is now serving time for unrelated crimes.

Zocco told investigators Dwyer left his apartment while he was sleeping.

Last week, a neighbor walking in rural Jefferson County - about 40 miles from Milwaukee - found the remains.

"The remains were located approximately 20 feet from the road along a tree line," Deputy Chief Parker said.

On Thursday night, a Facebook page dedicated to finding Dwyer announced that it is with heavy hearts that she has been found. Days ago, her father Tony talked about the long journey to find her.

"It's been a year and a half. That's a very, very long time," Tony Dwyer said.

A spokeswoman for the Dwyer family said Thursday night they are relieved and grateful that they now have closure, and that closure is a beautiful thing. They are looking forward to giving their daughter the proper burial and remembrance that she deserves. They also appreciate more than words can say all the concern from everyone who has supported them during this time.