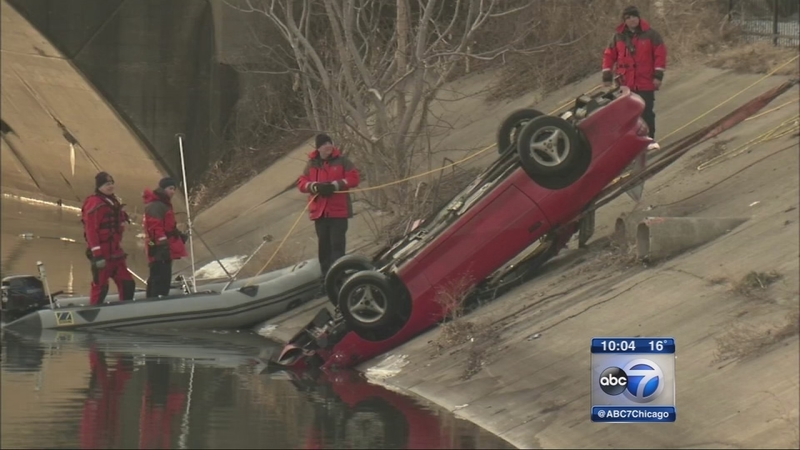 "The water moves pretty swiftly, it's about 2 to 3 knots in this river, so it's considered swift water," said Chief Ron Young, Kankakee Fire Dept.

Fire department crews had been on the scene since 10:30 a.m. following reports that a car had crashed through a fence and into the river. The car was towed around 4:30 p.m., but her body wasn't located with Sonar. Crews suspended the search at sundown on Monday.

Friends and family say Hinojosa was last seen around 2:30 a.m. Sunday morning in the 300-block of S. East Street. They said she had been with her boyfriend and a friend at Whatever Bar in Kankakee. Friends grew suspicious when they hadn't heard from her later that day and reported her missing.

"That's when he knew something was seriously wrong, because she doesn't ever go a length of time not contacting friends and family," said Krysta Weaver, a friend.

Friends who had gathered near the scene Monday described Hinojosa as beautiful and lively.

"You can't make sense of it, I don't understand it," said Carol Boyke, a family friend.

Hinojosa worked at an Applebee's in nearby Bradley. One of her customers came out to watch the recovery efforts on Monday.

"She did a good job, seemed a happy person. This is terrible," said Llora Kranich.