Alex Spourdalakis, 16, was fatally stabbed in 2013 in a River Grove apartment by his mother, Dorothy Spourdalakis, and the boy's godmother, Agatha Skrodzka.

Spourdalakis and Skrodzka pleaded guilty to involuntary manslaughter in his death, and a judge sentenced them to time served. The women got credit for the three years they've spent at the Cook County Jail, which is why they were released.

Spourdalakis, who said she struggled to care for her son, walked out of prison a free women. Despite spending three years at Cook County Jail, she had to come to Logan Correctional Facility in downstate Lincoln, Ill., to be processed for her released. She declined to speak to reporters as she left.

"She is relieved, very anxious and a little scared," said her attorney, Mike Botti.

Spourdalakis and her son were featured in a film about the family's struggle by an autism activist group. She said she needed help, but none was available.

They fed the teen a fatal dose of drugs and stabbing him several times. They had both tried to commit suicide after the stabbing, but they both survived.

Initially, they were charged with first-degree murder, but the States Attorney reduced the charge. Their attorneys said the two women feel an immense amount of guilt they will have to live with.

Skrodzka also was released, but will be transported back to Cook County where she faces immigration issues and could face deportation to her native Poland.

Attorneys for the two women said they used the case of Bonnie Liltz as a precedent with the State's Attorney for this case. Liltz was convicted of killing her severely handicapped daughter. She also pleaded guilty to involuntary manslaughter earlier this year. 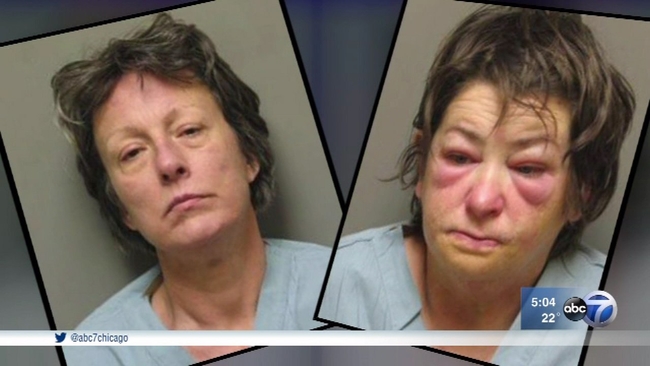