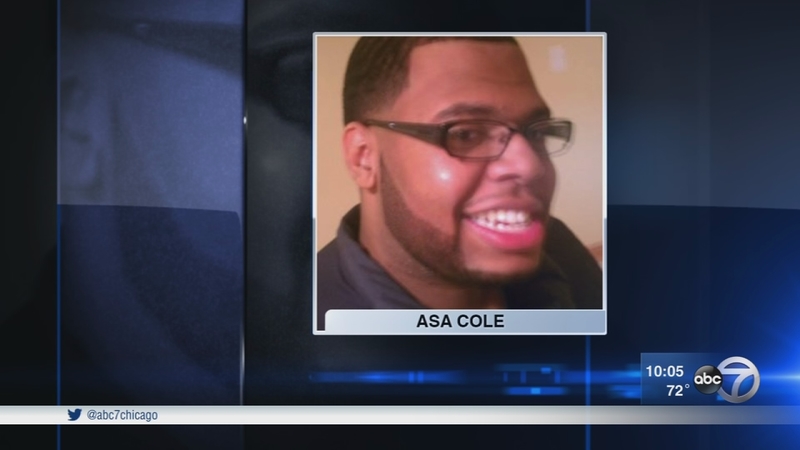 SOUTH HOLLAND, Ill. (WLS) -- A 25-year-old South Holland barbershop owner was killed in a hit-and-run Saturday night while riding his motorcycle after leaving his shop.

Hundreds of friends and fellow motorcyclists gathered Sunday night to remember Asa Cole, who owned Tonsorial Artist, Inc. He was hit blocks from his business.

Cole was killed at about 7:30 p.m. while riding a black-and-gray Suzuki motorcycle eastbound on 170th Street. He passed several vehicles on the curbside lane and crashed into the front of a silver Honda at the intersection with Dobson Avenue, according to South Holland police. The crash knocked Cole off the bike, police said. When officers and paramedics arrived at the scene, they found him lying in the street, near the severely damaged motorcycle and crash debris.

Cole was pronounced dead at the scene.

Police were searching Sunday for the driver of the Honda.

Witnesses told investigators that the Honda sped away westbound on 170th after the crash, police said. The vehicle's front bumper was found near the scene with a front Illinois license plate, registered to south suburban Dixmoor, still attached.

Cole grew up in South Holland and was committed to the south suburban community, friends said. They also described him as ambitious and generous, giving back to children's groups.

"We haven't accepted it yet. We know that he's not here with us any longer, but we expect him to walk through the door," said friend Clarence Brown.