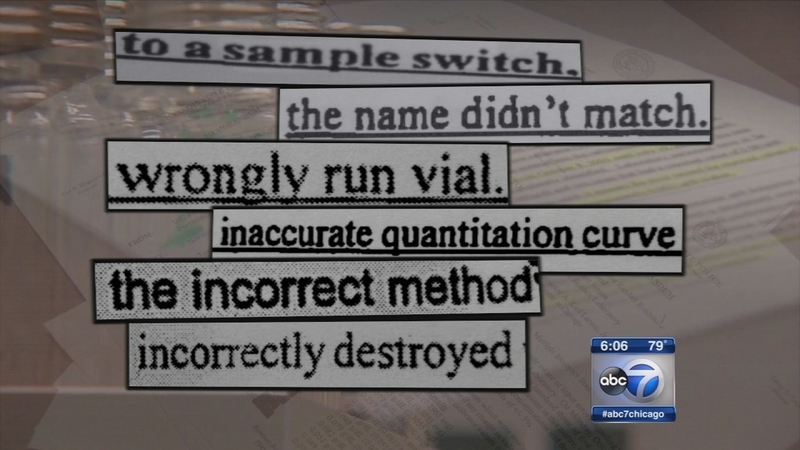 CHICAGO (WLS) -- Nine months after the I-Team uncovered a pattern of forensic failures in the Illinois State Police crime lab, the General Assembly has passed a proposal that could keep such information from the public.

The I-Team found a culture of law and disorder at state police crime labs last fall. We obtained internal audits and reports that revealed blood and urine testing errors and bad testing methods that jeopardized criminal cases. Now, legislation headed to Gov. Bruce Rauner would allow state police officials to make up their own rules and keep such information from defendants and the public.

Under a proposal passed by the Illinois House on Tuesday, Ramsell says state police will be able to withhold some of the most crucial crime lab information. Including, he says, the kinds of mistakes uncovered by the I-Team last year. These mistakes included: test samples switched, names that didn't match, wrongly run vials of evidence, general inaccuracies, incorrect methods and destruction of evidence.

But the legislation headed to the governor's desk would allow state crime lab officials to insulate themselves from future failures.
Ramsell says they will do this by keeping the information under wraps.

The Illinois State Police did not immediately respond Wednesday to our questions about their role in getting the legislation passed, but following our original reporting the state police director defended crime lab testing methods.

No word on how Gov. Rauner looks at this, but the bill will be on his desk.