Obama: America is not as divided as some suggest 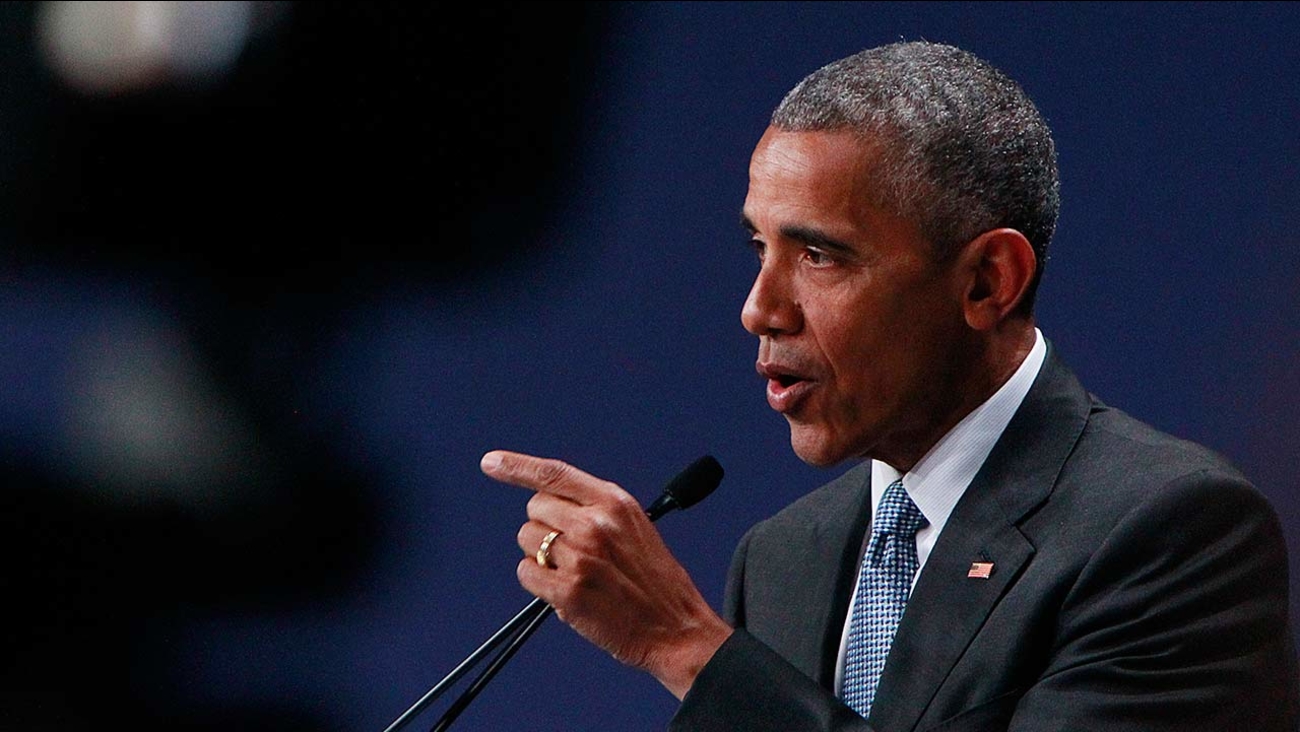 WARSAW, Poland -- President Barack Obama on Saturday rejected the notion that this week's stunning violence is a signal that the U.S. has returned to some of the darkest days of its past, saying that as painful as the killings of police and black men were, "America is not as divided as some have suggested."

"Americans of all races and all backgrounds are rightly outraged by the inexcusable attacks on police, whether it's in Dallas or anyplace else," Obama said from Warsaw, Poland, where he attended a NATO summit.

"That includes protesters. It includes family members who have grave concerns about police conduct and they've said that this is unacceptable," Obama added. "There's no division there."

The comments marked the third time in as many days that Obama has spoken, from a distance, about the police-involved fatal shootings of black men in Louisiana and Minnesota that were immediately followed by a sniper attack in Dallas that killed five police officers Thursday night. Seven officers and two civilians were also injured.

"This has been a tough week," the president said.

Obama said the Dallas shooter, an Army veteran who was later killed by police, was a "demented individual" who does not represent black Americans, any more than a white man accused of killing blacks at a church in Charleston, South Carolina, represents whites.

Obama said he would visit Dallas "in a few days" to pay respects and mourn with the stricken Texas city.

He said that while "there is sorrow, there is anger, there is confusion" about how the U.S. moves forward, "there's unity in recognizing that this is not how we want our communities to operate. This is not who we want to be as Americans and that serves as the basis for us being able to move forward in a constructive and positive way."

"So we cannot let the actions of a few define all of us," Obama said.

The president said he planned to convene a White House meeting next week with police officers, community and civil rights activists and other to talk about next steps. He said the "empathy and understanding" that Americans have shown in responding to the events of the past few days, including Dallas police officers as they came under attack, had given him hope.

But Obama made clear that he will continue to speak out about the need to tighten access to guns in the United States, steps the Republican-controlled Congress has refused to go along with.

"I am going to keep on talking about the fact that we cannot eliminate all racial tension in our country overnight," he said. "We are not going to be able to identify, ahead of time, and eliminate every madman or troubled individual who might want to do harm against innocent people. But we can make it harder for them to do so."
Related topics:
dallas police shootingu.s. & worldbarack obama
More Videos
From CNN Newsource affiliates
TOP STORIES