WLS
CHICAGO (WLS) -- Mike Jones likes to make his girlfriend, Aia Cooper, smile. When he decided to joke with President Obama during an early voting session in Chicago, the result was better than he expected.

The president voted early at a polling place near his home in Chicago's Kenwood neighborhood on Monday.

The president responded with, "You know, I really wasn't planning on it."

After a mortified Cooper let Obama know that Jones is actually a decent guy who just likes to joke around, he decided to give a little right back.

"Give me a kiss and give him something to talk about," the president said with a laugh. "Now he's really jealous."

Cooper and Jones were on ABC7 Eyewitness News This Morning Wednesday. She told ABC7 she hoped First Lady Michelle Obama hasn't seen the viral video of the exchange. 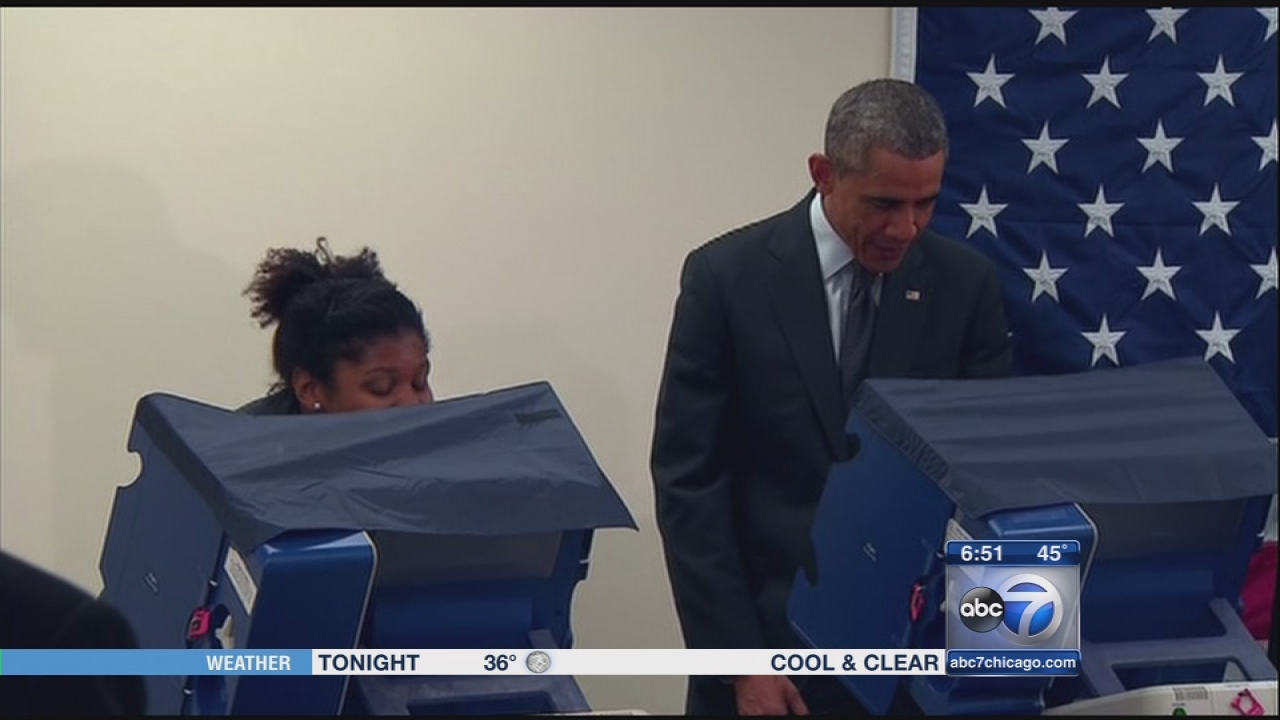 Chicago couple gets a laugh from President Obama
Jokester MIke Jones and his mortified girlfriend, Aia Cooper, were on ABC7 Eyewitness News after video of their exchange with President Obama during early voting in Chicago went viral.

Jones said he knew Cooper would be too nervous to say anything to the president while they voted, even though she was stationed right next to him.

"I just wanted to make her laugh," Jones said. "That's all I really wanted."