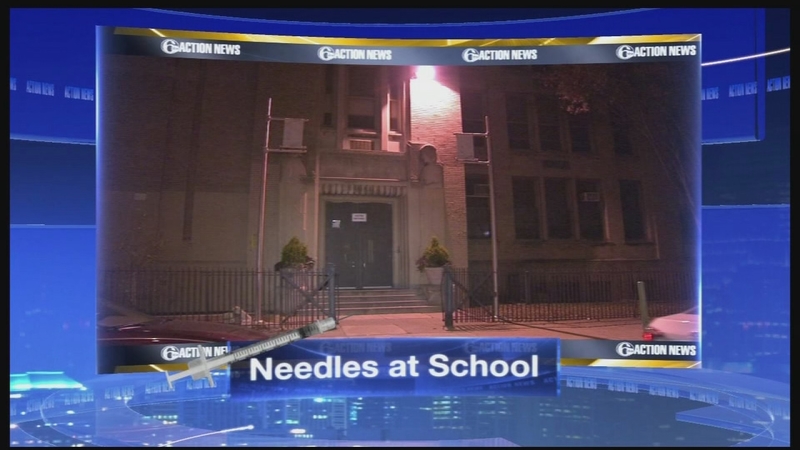 Parents are alarmed after learning the child allegedly chased her fellow classmates around the room at George Meade Elementary School, taunting them with the needles in some kind of child-like game.

One classmate, whose mother asked he not be identified, tells Action News the girl was chasing him with the needles, but he ran away from her.

He was one of the lucky ones who got away without being stuck.

School officials said five other students were stuck with one of two needles, either by handling them or being poked.

Philadelphia School District Chief Fernando Gallard said it is unknown if the needles had anything in them, but "we do know that the needles came from a child's home."

Officials said they don't know how the student got a hold of the needles or what they were being used for, which has parents deeply concerned.

"Because it could be a drug needle, it could be HIV, you know, Hepatitis C on it, anything," said parent Christina Marshall. "I mean it's just really dangerous."

Gallard tells Action News the five children that were stuck were sent to the hospital to be checked out.

"Four of the five kids returned to school today so that is great news," said Gallard.

The school sent out letters to all the parents alerting them about the incident, which took place Tuesday morning.

Some parents are outraged they were not notified immediately after it happened.

Philadelphia police are investigating how the second-grader got a hold of the needles.