One injured after crash in Bridgeview near Toyota Park 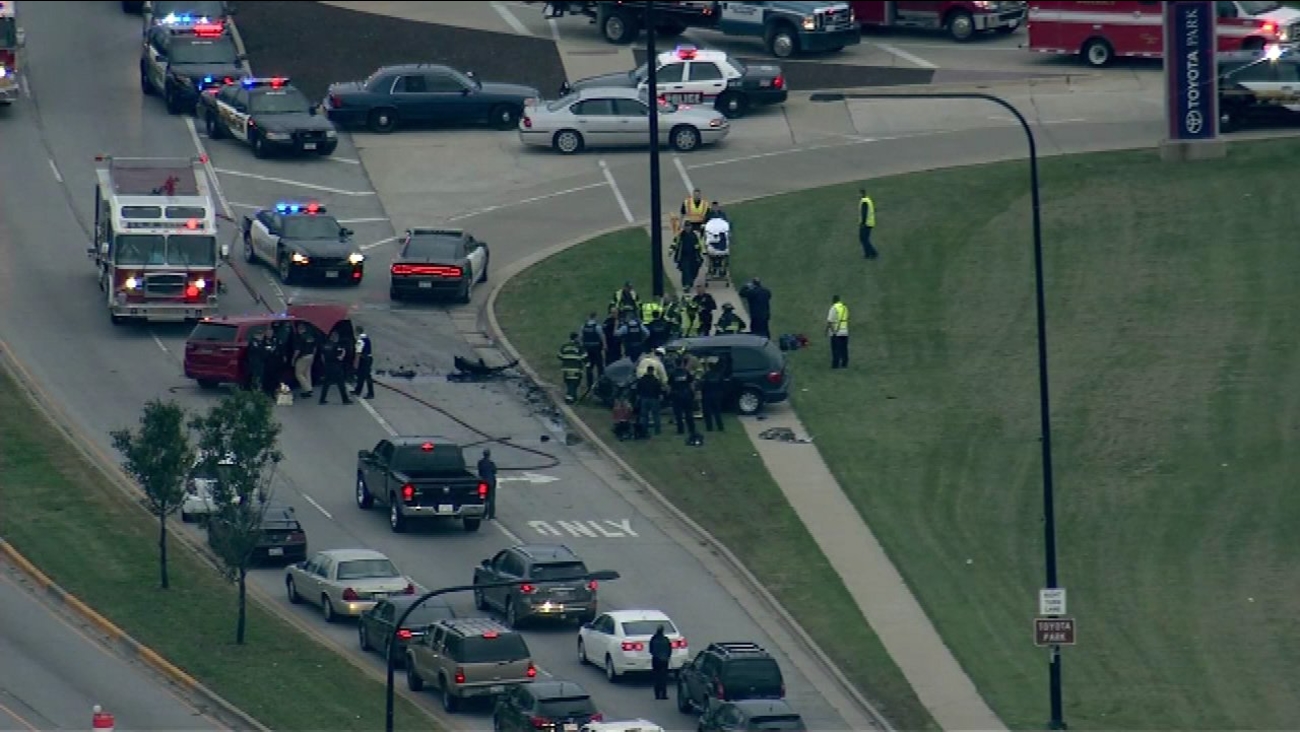 BRIDGEVIEW, Ill. (WLS) -- One man is in serious condition after a two-car crash in southwest suburban Bridgeview, close to Toyota Park.

The crash occurred near the intersection of West 71st Street and Harlem Avenue, only blocks away from the Chicago Fire soccer stadium. The Bridgeview police chief, Ricardo Mancha, said a red vehicle was going northbound in the southbound lanes on Harlem when it hit another vehicle going southbound.

A man in the vehicle going south was pinned in the car and the jaws of life were needed to get him out. He was transported to Christ Hospital in serious condition.