Orlando nightclub shooting survivor Angel Colon said the gunman shot the girl next to him and then pointed his weapon at him. 'I'm next. I'm dead,' he thought.

Appearing in a wheelchair with the doctors and nurses who treated him nearby, Colon talked about what happened early Sunday at the Pulse nightclub.

"We started running and, unfortunately, I was shot about three times in my leg, so I had fallen down. I tried to get back up, but everyone started running anywhere. I got trampled over, and I shattered and broke my bones on my left leg," Colon said.

All he could hear were shots and people screaming for help. Then, the gunman went into another room, but came back.

"He's shooting everyone that's already dead on the floor, making sure they're dead," Colon said.

Colon said he saw Omar Mateen shoot a girl next to him, and he said he thought, "I'm next, I'm dead," as the gunman kept firing.

"So I don't know how, but by the glory of God he shoots towards my head but it hits my hand, and then he shoots me again and it hits the side of my hip," Colon said.

After Mateen got into a shootout with police, Colon said an officer who he wants to thank dragged him out to safety.

"I'm grateful for him, but the floor is just covered in glass. So he's dragging me out while I'm just getting cut," Colon said.

Colon was also grateful to the team of doctors who are treating him.

"The way that you guys have taken care of us in this hospital is amazing," he said, breaking down in tears. "If it wasn't for you guys, I definitely would not be here."
EMBED More News Videos

Patience Carter, of Philadelphia, had never been to Pulse until that horrifying night.

Patience Carter, of Philadelphia, had never been to Pulse until that horrifying night. She described how she and others hid in a bathroom as the gunman entered.

"We were all getting hit by bullets. At that point we knew it wasn't a game. This was very real. This was really happening to us. We went from having the time of our lives to having the worst night of our lives in a matter of minutes," Carter said.

Carter said she could hear the gunman Omar Mateen speaking to 911, saying he was retaliating for U.S. bombings in his country, then pledging allegiance to the Islamic State.

"Then he spoke to us directly. He said, 'I don't have a problem with black people, this is about my country. You guys have suffered enough,'" Carter said.

But Mateen still kept shooting and Carter prayed that God would take the soul from her body.

"The motive is very clear to us who were lying in blood - our blood and other people's blood. The guilt of being alive is very heavy," she said.

Another survivor, Angel Santiago, was hiding in a different bathroom - huddled in a stall with about 15 people. He was shot in the left ankle and knee. All of them were trying to stay quiet.

"And my thought process was, you know, do we stay here and wait for the shooter to come back, or do we try to leave," Santiago said.

Santiago was eventually able to drag himself out after police got into a shootout with Mateen.

"After seeing what occurred, I don't even know how I'm alive today," he said.

Forty-four patients were taken to one local hospital in Orlando, where six remain in critical condition.

PHOTOS: Remembering the victims of the Orlando nightclub massacre 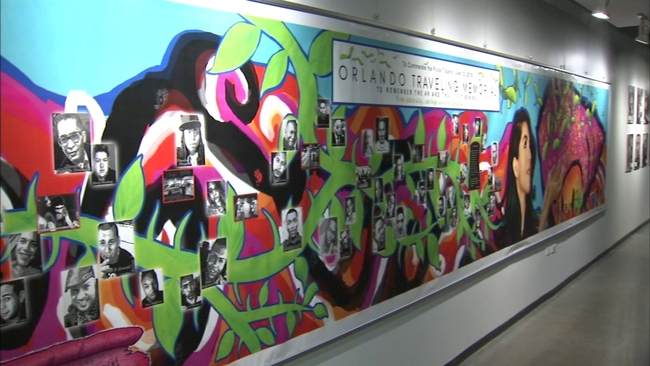 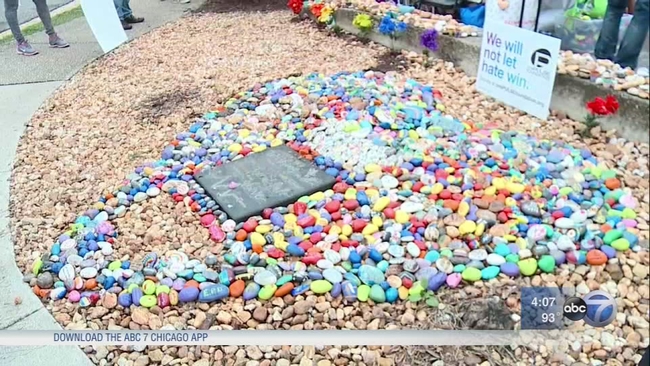