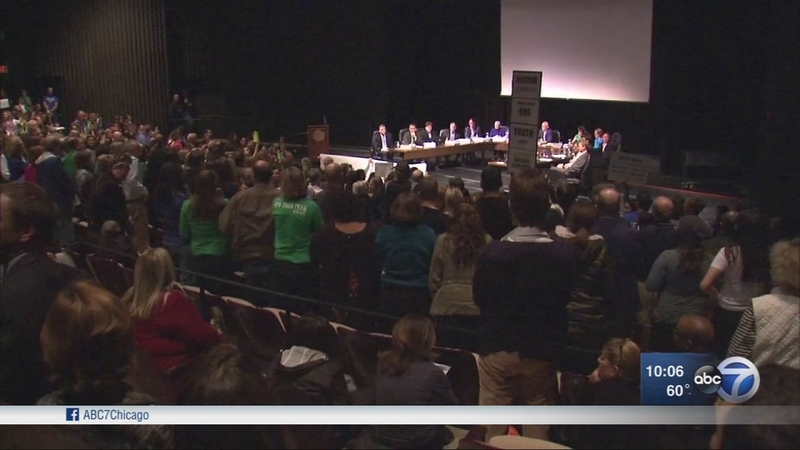 WINNETKA, Ill. (WLS) -- So many people showed up at Monday night's board meeting for New Trier High School the fire marshal was called in, all because of some controversy over the school's upcoming civil rights-focused seminar day.

Few can remember a school board meeting in the New Trier district where parents had to be turned away at the door because the auditorium was already at capacity. School officials, anticipating the size of the turnout, even moved the meeting to the school's larger auditorium to accommodate more people. But every seat was filled and dozens more were outside, unable to get in.

"A lot of these people aren't happy about it. I mean, you gotta be kidding me," said Michael Tario, parent.

At issue is a planned educational event called All-School Seminar Day. The topic is "Understanding Racial Civil Rights." Some parents have previously criticized the program for being too liberal and failing to include a conservative point of view.

But the large majority of the audience supports the seminar day. They presented more than 5,000 petition signatures in support.

A school spokesperson issued a statement saying, "New Trier has been planning this year's Seminar Day on civil rights since last spring. We are proud of the work that our committee of 30 administrators, faculty and students has done to prepare for this day."

"The idea of shutting it down because they don't like some of the positions of some of the speakers is ridiculous to me," said Tage Larson, parent.