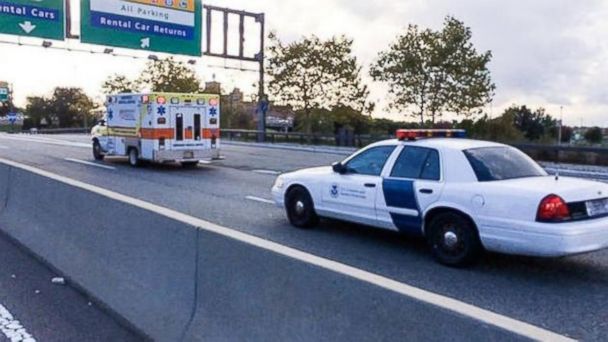 A passenger who arrived at Newark Liberty International Airport from Brussels on United flight 998 Tuesday was being evaluated for possible symptoms of Ebola, according to the Centers for Disease Control and Prevention.

The passenger was taken by ambulance to University Hospital in Newark, N.J., which was designated as the facility for any passengers flagged by health screeners at the airport, the CDC said.

"During the enhanced screening process for individuals arriving to the United States from Liberia, Sierra Leone, and Guinea, an individual was identified as reporting symptoms or having a potential exposure to Ebola," the CDC said in a statement Tuesday night. "The passenger is being transported to a local hospital for further evaluation."

The CDC said that if it is determined that the other passengers were in any risk of exposure they will be contacted by CDC or state or local health officials.

United said in a statement: "Health officials examined a passenger. The other customers were cleared and deplaned normally."

Additionally Tuesday, an adult and a child, both of whom began their trips in Liberia, were taken from O'Hare International Airport in Chicago to hospitals to be evaluated for Ebola, although in both cases the CDC decided not to test for Ebola.

Enhanced screening measures for passengers arriving from the three West African countries went into effect just this week. According to those measures, passengers arriving in the U.S. from Guinea, Sierra Leone and Liberia can only disembark at five airports, including Newark and O'Hare.