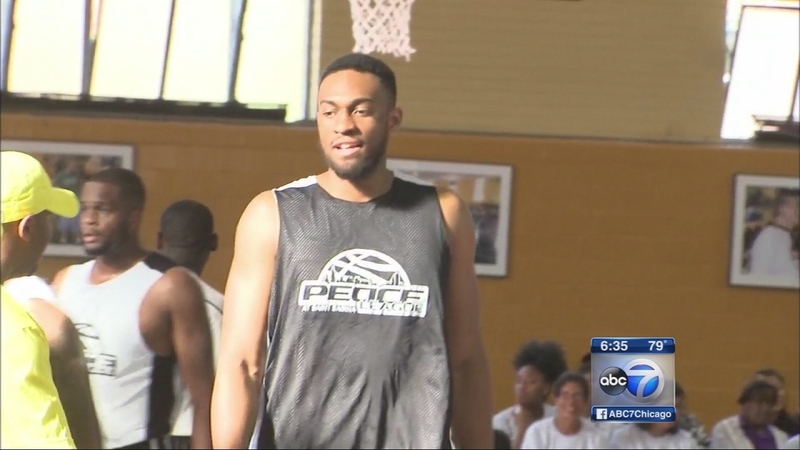 "Basketball's a hook, basketball is a relationship builder, but it's bigger than basketball. It's about jobs. It's about education," Pfleger said.

Among the luminaries at the tournament was 'Chiraq' director Spike Lee, retired NBA players Mark Anthony Aguirre and Isaiah Thomas.

Teens and young men made up the opposing teams.

"If you see somebody in the 'hood, give 'em a pass. If you can give them a pass on the court, you can get them on the streets," one player told the group.

The tournament comes as gang and gun violence continues to plague the city.

Chicago native and Milwaukee Bucks player Jabari Parker was one of Saturday's volunteers and even played in the game.

Organizers hope that finding common ground on the basketball court could spark change in the streets.