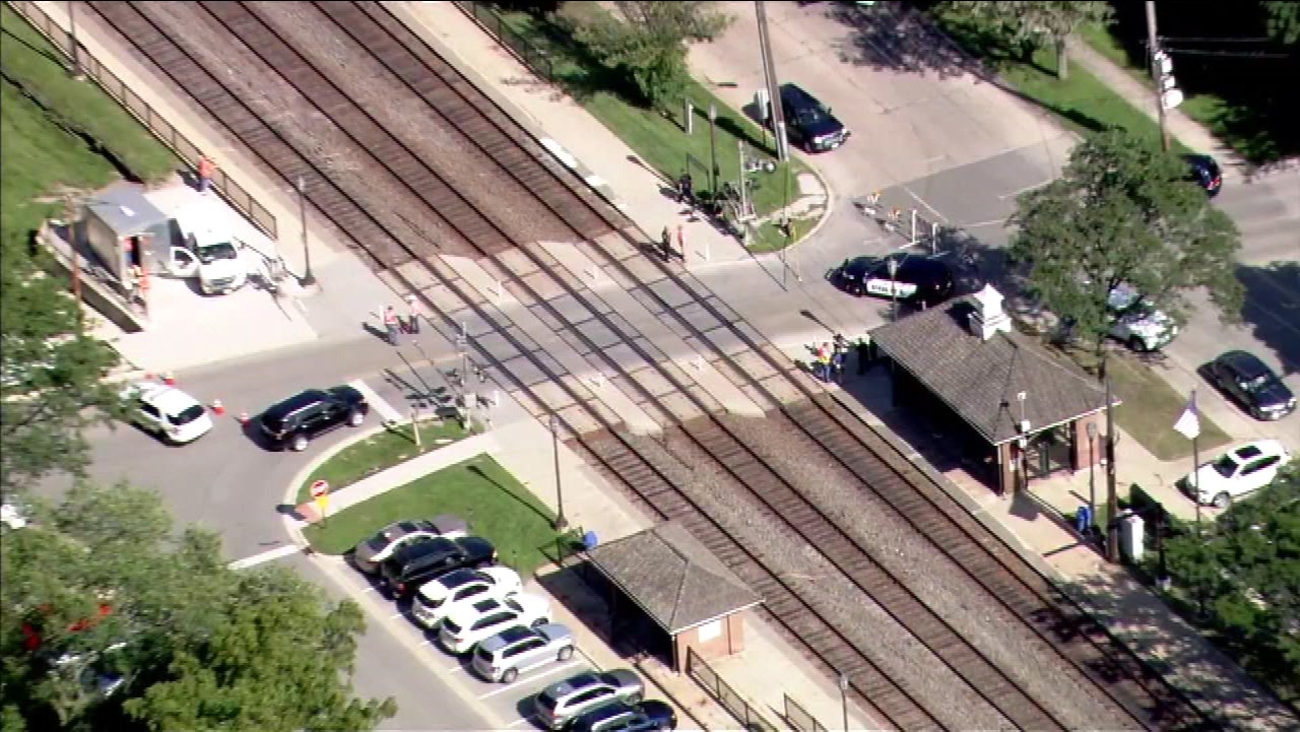 Police investigate after an Amtrak train struck a pedestrian near Hinsdale on August 23, 2016.

HINSDALE, Ill. (WLS) -- Metra BNSF trains are delayed in both directions Tuesday evening after a train struck and killed a pedestrian near west suburban Hinsdale.

Hinsdale police said a 55-year-old man from Darien, Ill., was pronounced dead at the scene.

Trains were stopped for a short time, but at about 3:45 p.m. trains were moving again at "restricted speed" near Hinsdale on one track, according to Metra.

Amtrak train No. 4 hit the pedestrian.