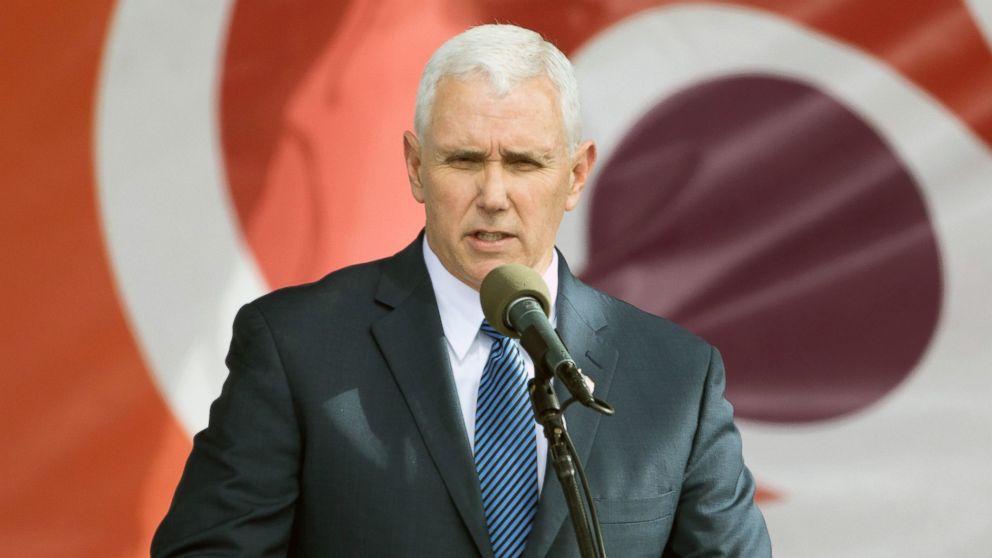 Vice President Mike Pence responded to a top GOP senator's suggestion that Republicans should "repair" Obamacare before replacing it, saying the Trump administration still favors repealing the law's "most corrosive elements" while working on an "orderly" replacement.

ABC News' chief anchor, George Stephanopoulos, asked the vice president about a recent remark by Sen. Lamar Alexander, the chairman of the Senate Committee on Health, Education, Labor and Pensions, comparing the health care law to an old bridge that needs replacement.

"You send in a rescue team, and you go to work to repair it so that nobody else is hurt by it, and you start to build a new bridge, and only when that new bridge is complete, people can drive safely across it, do you close the old bridge. When it's complete, we can close the old bridge, but in the meantime, we repair it," Alexander said at a committee hearing Wednesday. "No one is talking about repealing anything until there is a concrete practical alternative to offer Americans in its place."

When Stephanopoulos asked Pence if President Trump accepts that premise, the vice president responded, "I think what the senator was talking about was simply the process."

"The president made it clear to the Congress right after the election that he wanted to see us move on repealing the most corrosive elements. The mandate, the taxes, the penalties of Obamacare," the vice president said in the interview on ABC's "This Week" on Sunday.

"But he's also made it very clear that at the same time that we repeal Obamacare, we're going - through both executive action and through legislation - to set into motion a replacement of Obamacare that will be orderly and will lead the American people to a system based on free market principles," Pence added.

When Stephanopoulos asked, "It doesn't have to be complete, the replacement before repeal?" the vice president responded, "When he gave that speech here in Philadelphia during the course of the campaign on Obamacare, he talked about commitment to repeal and replace this deeply flawed legislation."

"But he also said it would be an orderly transition," Pence added. "The way I interpret what the senator said, George, is that we're going to ensure that we have that orderly transition. But the American people know we can do better."

He added that the administration is "very encouraged" by its partnership with Congress to "lower the cost of health insurance without growing the size of government with mandates and with taxes."
Related topics:
abc newsnational
Copyright © 2021 ABC News Internet Ventures.
More Videos
From CNN Newsource affiliates
TOP STORIES