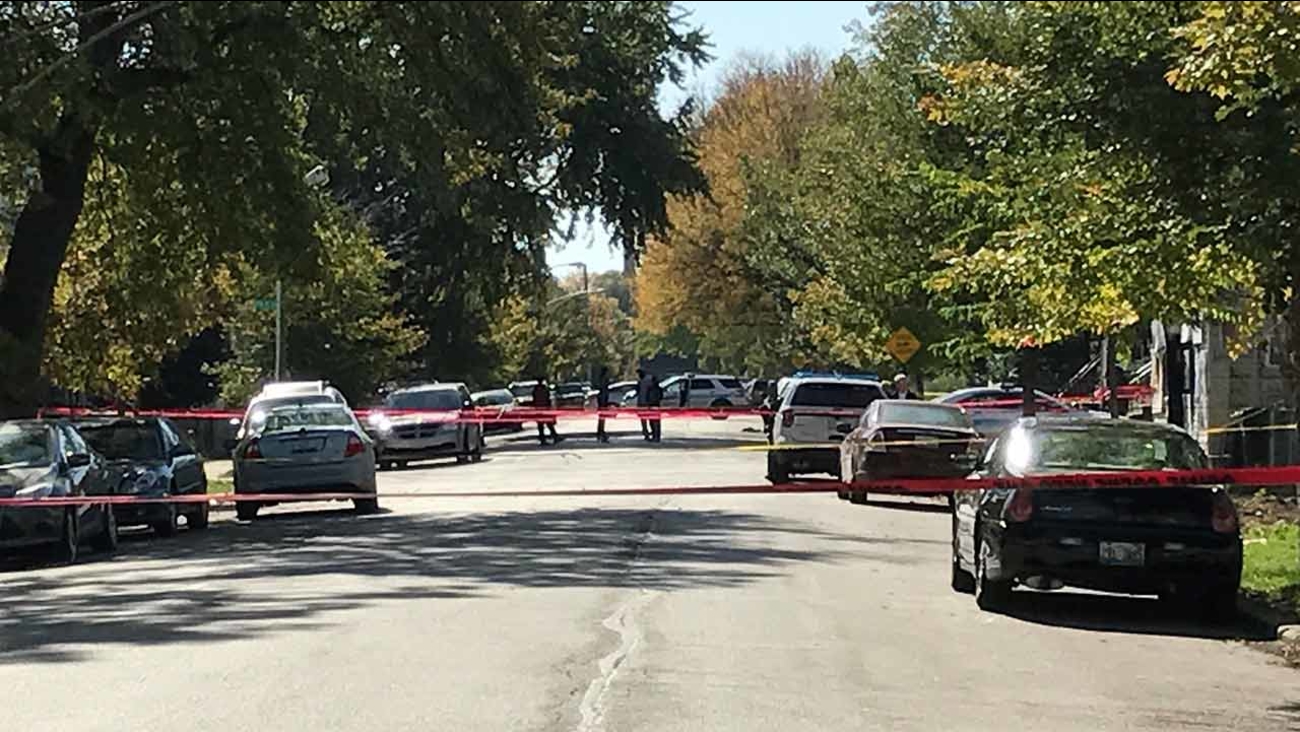 Chicago police on the scene of a police-involved shooting in the Englewood neighborhood. (Dan Lopez)

CHICAGO (WLS) -- A person was shot by a Chicago police officer outside a church in Chicago's Englewood neighborhood, police said.

Police officers were attempting to stop a vehicle with stolen plates in the 300-block of West 59th Street at about 10 a.m. on Sunday. That's when several suspects ran out of the car and officers chased them.

One of the officers fired multiple shots and hit one of the suspects in the lower extremities and chest, seriously wounding that suspect. He was transported to a hospital in critical but stable condition.

People who were outside when the gunfire erupted ran into the Englewood church to take cover.

"One of the ladies ran in and said they're shooting outside," said Deacon George Greer. "Several others ran in and when we went out we saw about 20 squad cars."

Three other suspects were arrested and two weapons were recovered at the scene, police said. No officers involved were injured.

Police said the officer that fired the shots will be placed on desk duty for 90 days.