Philippines: Nearly 6,000 killed in 'war on drugs' since July 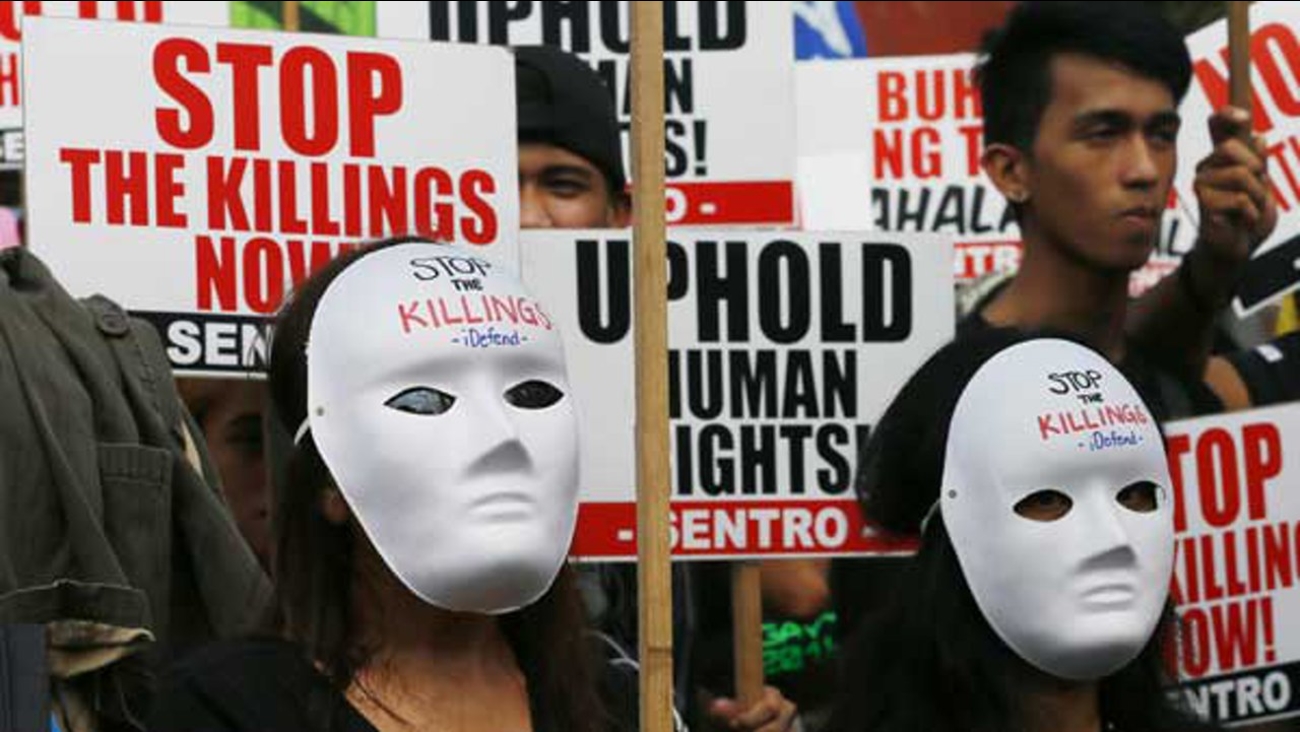 Protesters in Manila called for an end to extra-judicial killings in the Philippines which had claimed the lives of more than 4,000 people. (AP Photo/Bullit Marquez)

MANILA, Philippines -- There have been 5,927 deaths linked to the "war on drugs" in the Philippines since July 1 according to statistics released by the national police on Monday.

President Rodrigo Duterte was elected to office in May on a platform of cracking down on crime, particularly illegal drugs.

Since taking office in early June, his police force has waged a bloody war on drug dealers and users, resulting in the deaths of thousands of suspects at the hands of police and vigilantes.

The figures released by the Philippine National Police Monday span the period from July 1 to December 12.

Of the total, 2,086 were killed in police operations and 3,841 in extrajudicial or vigilante-style killings. More than 40,000 suspects have been arrested.

Washington has been critical of the handling of drug dealers, including extrajudical killings -- government executions without the benefit of judicial proceedings.

But on December 3, President-elect Donald Trump told the Philippine President that he is going about his controversial fight against drugs "the right way," according to Duterte.

The national police force also announced Monday that since July, more than five million houses have been visited as part of an anti-drug campaign where officers knock on the doors of alleged drug users or pushers.