Plane bound for Chicago evacuated for smoke in cabin 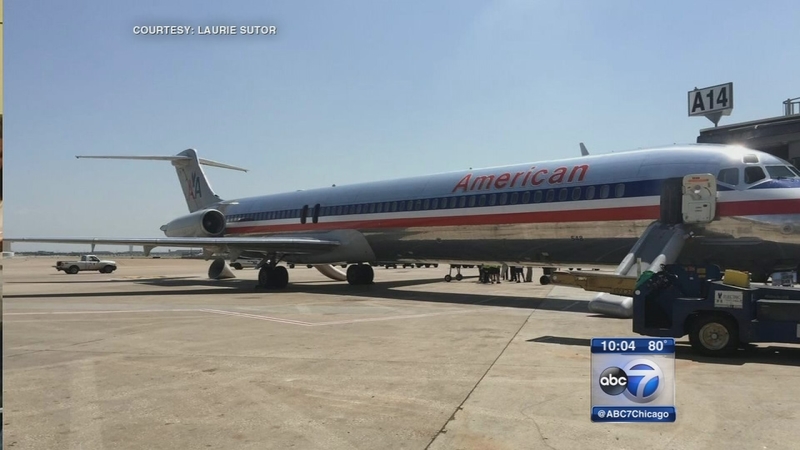 Plane bound for Chicago evacuated for smoke in cabin

DALLAS (WLS) -- Passengers on a flight bound for Chicago were forced to make an emergency evacuation in Dallas after smoke was detected in the cabin.

"We got to exit, quick, leave your belongings. Everybody just got off and started panicking and pushing each other," said Maricela Gonzalez, a passenger from Chicago.

American Airlines Flight 1658 was parked at the Dallas/Fort Worth gate when passengers spotted smoke. Emergency crews responded in force.

"Within seconds, smoke got thicker. They told us we were going to evacuate the plane. And the guy opened the emergency exits, and we started just started running," said Sham Rawal, a passenger from Chicago.

The slides deployed as five crew members, along with ground workers, helped 141 passengers off the MD-80.

"Came down the shute and people down there helped us out," passenger Shankar Goudar said.

"I'm a pretty seasoned air traveler and I've never been able to go down the slide down the slide out of the airplane. My colleague actually had to jump off the wing, so it was definitely a new flying experience," B.J. Smith said.

"I went through the slide. Never had that experience before, so I was unbalanced and boom," Rawal said.

In the end, they caught another plane to Chicago. But Marcela Gonzalez lost a sentimental watch from her boyfriend along the way.

"Even if I replace it, it's not going to be the same thing, you know," Gonzalez said.